Home | Commodities | Green Innovations in the Metals Industry: Part One

Green Innovations in the Metals Industry: Part One

There’s an age-old adage that one thing is constant ” and it’s change. No, I’m not leading into politics and the 2008 presidential election in the States. Rather, let’s think beyond Super Tuesday and look to the metals industry. With all of the  metals industry’s longstanding practices, are there really ways for metals and metals-related processes and purchases to become eco-friendly? Rest easy, because the answer is a resounding yes. In fact, the metals industry is the vibrant host to several new ecologically aware innovations, and they might be the key to sustainable growth and development.

The buzz words are green and lean. Not only is the U.S. becoming the richest scrap resource in the world, but eco-friendly government regulations in several nations have had a  powerful effect on multiple markets. Of course, the escalating influence of “green” in today’s world can also be attributed to a cultural rise in green popularity, since star-studded  celebrity “greendorsements” almost appear to play a greater role in American society than the ongoing search for reliable energy. But following the pack and following regulations aren’t the only reason for companies to go green. And ecological responsibility, while important, plays one of many roles in the need for company green. Instead, going green can also lead to surprisingly intense savings and profits,  which was mentioned in a short piece on affiliate blog site Spend Matters. In fact, an eco-friendly steelmaking process that went commercial last year proved that green practices could be incredibly ” you guessed it — cost-effective.

The story of steelmaking is not a complicated one. The bottom line is that steel comes about as a result of removing most of the impurities from iron, creating something much stronger. There are many processes for achieving this end result, and most of these processes depend on coal and coke for production. However, steelmakers in Australia have begun using the world’s first “green” steelmaking process, and are substituting coke and coal with plastic bags and drink bottles that would normally end up in city dumps or landfills. Greenhouse gas emissions, power usage, and manufacturing costs are much lower because of the new technology, and it’s all due to replacing 30 percent of the coke and coal with these polyethylene plastics,  commonplace products that contain carbon, an essential raw material used in electric arc furnace steelmaking —  which is currently  the method employed for 40 percent of the world’s 1.1 billion tons of annual steel production. Veena Sahajwalla, a scientist at the University of New South Wales, is improving that method as the creator of this important technology. The university has partnered with OneSteel Ltd. in Australia, a company that is not exactly small potatoes in the land “down under,” as it boasts an annual turnover of A$6 billion (US$5.3 billion), and is one of Australia’s biggest electricity users.

As the Bee Gees Used to Say, Don’t Throw It All Away

Trash for cash is today’s theme in a growing industry known as secondary metals. Recycling plays no small role in the developing “green” attitude of the metals industry. In fact, when it comes to metals, hundreds of millions of tons were recycled throughout the world during the last year alone. Metals recycling impacts both ferrous and non-ferrous metals, which can be processed and adapted into a form of raw material used to smelt fresh, new metals. The worldwide market for ferrous scrap has significantly grown over time, and it’s predicted that this trend will continue to move upwards with iron, steel, and stainless steel scrap. Meanwhile, non-ferrous metals such as aluminum, brass, copper, lead, nickel, and zinc, are processed in substantial amounts, which is important to traders and the economy since non-ferrous metals are commodity investments traded on the LME. Whether the metals recycling process is always economically feasible, however, is the most important consideration. 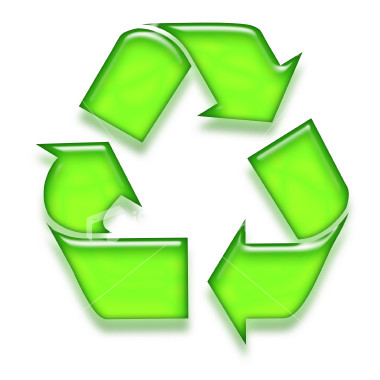 Aluminum recycling is one practice that’s slowly becoming ingrained in our minds as routine — and necessary. Calculating the amount of energy that’s crucial for aluminum recycling shows the process is a successful option, particularly in comparison with principal aluminum production, where total energy equals approximately 260 MJ kg-1. Aluminum recycling, on the other hand, is significantly less at 6-10 MJ kg-1, using a mere 5% of the initial energy requirement of primary production. A University of Cambridge website shares a sample calculation of the amount of energy the process can save, which is crucial for environmentally safe practices. Able to reemerge multiple times through recycling without any loss of properties, it is imperative that aluminum is melted and recast as much as possible, even if the aluminum source must be separated at times during the process due to the slightly different alloys found in, say, drink cans, foils, and coils. Aluminum, like many other “green” metals, can also help other industries become more environmentally friendly. For example, the automotive industry uses aluminum to allow vehicles to be both lighter and more fuel efficient.

Another prominent metal that’s easily recyclable is copper — which is partly why we’re facing the stolen metals dilemmas that often involve copper thefts. Despite the tumultuous situations with pilfering, copper scrap is utilized by numerous producers. With copper introduced to the market as copper alloys or combos with tin and zinc in bronze and brass, the recycling process includes simple remelting before combination with primary electro refined copper. Reverberatory furnace, electric arc furnace, and blast furnace are popular processing methods for copper, and it’s easy to find scrap copper recycling exchange listings, where people may  ask for copper wire, clean oxidized copper pipe or tubing, copper coils, and other similar requests.

Platinum and platinum-group metals (PGMs) are also demanded in swelling amounts, which means there is definite room for recycling practices. Most platinum recycling comes from the autocatalyst sector. After all, catalytic converters use about 40 percent of the platinum on the market each year. To recycle, the catalyst substrate is fused and the platinum dissolved to melt at a blistering temperature with iron or copper, followed by leaching of the acquired alloy and archetypal refining methods. Beyond this, there are multiple alternative methods available to retrieve platinum for recycling practices. The process chosen usually depends on the amount of platinum in the scrap. Unfortunately, the ease of this practice and the demand for PGMs makes platinum another highly coveted target of theft. According to Newsweek writer Andrew Murr, catalytic converters on automobiles are often stolen due to  the few grams of platinum they contain. The platinum is there to help transform the carbon monoxide and nitrogen oxide in vehicle exhaust into less harmful nitrogen, carbon dioxide and water. With the price of platinum going from $500 per ounce two years ago to $1,500 an ounce in recent days, and platinum prices not expected to take a plunge any time soon, a little illegal “go” can add up to a lot of “dough.”

Later this month on MetalMiner,  the recyclable possibilities of lead, zinc, iron and steel will also be explored. The British Metals Recycling Association offers further thoughts on the importance of metals recycling. They state the facts in an honest and straightforward manner that’s worthy of citation: “Using secondary raw materials means less use of natural resources which would otherwise be needed to make new metal compounds – such as iron ore in steelmaking; nickel in stainless steel; or alumina and bauxite in aluminum smelting. There are also considerable savings in energy, and reduced CO2 emissions, in production methods using recycled materials.” While hot metals crimes, prevalent among copper, platinum, and other metals, are harmful for the image of recyclable metals, the impact of metals recycling on the environment and the economy is certainly an exciting prospect.

The chart above from the University of Cambridge shows metal recycling
statistics from the UK.

As lightweight computers and laptops leap into prominence in modern culture, older versions of computers find themselves hightailing it to waste sites. However, steel, aluminum, copper, iron, nickel, tin, and lead are all elements that can be extracted from these electronics. At times, with sustainable and recycling possibilities comes danger and scrutiny, as there’s a fear of more toxic materials being released — such as lead, mercury, arsenic and cadmium. But manufacturers hope to prove they can reprocess old electronics in a responsible and reliable way. This would be an effective and helpful interaction for our environment, especially when we consider that from 2003–2006, nearly three million tons of consumer electronic waste was produced in the U.S. — per year. Since then, experts admit that the numbers have only increased.

For those interested in learning about the hereafter of cellular phone waste, the New York Times recently included an article on the afterlife of these electronics. I won’t paraphrase the entire article, since the fascinating piece is worth a read of its own, but the writer discusses the fact that not nearly enough phones are recycled, a shame since these are “the most valuable form of e-waste.” The writer  describes, for example, the resulting copper from the process: “I watched a giant claw move across the ceiling, rip out the plate and, with a violent whack, cleave off a gleaming layer of 99.9 percent pure copper, with the unmistakable sheen of a new penny. It was thrilling to see something so clean and recognizable emerge from such an alien process.” And it’s not just copper. Metals such as platinum, silver, and gold are also pulled from discarded cell phones.

More green metals information and innovations will be discussed in a future installment of this series, including metals grades for recycled metals, environmentally friendly metals coatings, and an insider look at GreenAlloysÃƒÂ¢Å¾ ¢. In the future, we might also take a look at the way green metals relate to pricing and the stock exchange. Anything you would like to see featured? Send your green metals thoughts to aedwards@aptiumglobal.com  — or post them on MetalMiner, your source for metals intelligence in the global market.