In January, iron-ore mining was a booming business. Prices were rising and expected to soar, and steelmakers with their own iron-ore mines hit payday.

Unfortunately for major iron-ore miners, the success was short-lived.  Iron-ore miners  can expect  to issue some major price cuts for steelmakers  next year. For those following the metals market, the timing is ironic, since we recently reported Vale’s proposed price hikes. Just two months ago, the company expected price increases to have a positive effect on overall revenue, but those plans were clearly  dissipated as worldwide steel production slowed. 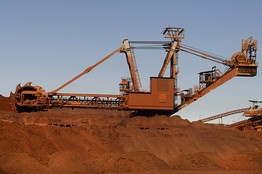 MetalMiner’s own Stuart Burns predicted these issues. Last week, Stuart analyzed information from the MetalMiner IndX(SM) and duly noted, “One wonders if Vale would have been so bullish in pushing for increases in iron-ore prices just weeks ago if they had been tracking what was happening to steel prices in the local markets.”

Instead, Vale waited until last weekend to try to turn things around for their company, a bit too late for comfort. “Last weekend, Vale, the world’s largest iron-ore producer, began to mothball about 10 percent of its output, or about 30 million tons, resulting in shuttered mines and layoffs. Uncertain how long the downturn will last, Vale wouldn’t say when, or if, the shuttered production would return,” the Wall Street Journal reported yesterday.

Although mining giants BHP Billiton and Rio Tinto  plan to continue current production levels, both companies expect their iron-ore prices to fall 20 to 40 percent — providing a stark contrast to  the 85 percent increases and tripled spot prices witnessed earlier this year. This recent turn of events should have an interesting effect on BHP Billiton’s bid to purchase Rio Tinto. A meeting with the European Union’s regulatory body  is expected  shed some light on the  buy-out later this week.