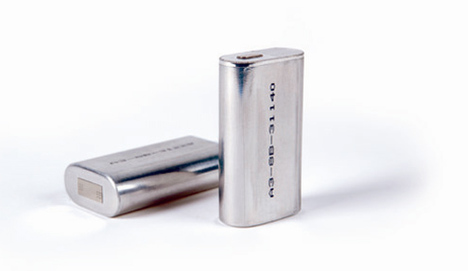 Most laptop batteries don’t have a long shelf-life, but Hewlett-Packer hopes to take that declaration and turn it completely around — with a little help from a young battery company called Boston-Power, the brains behind HP’s latest operation.

The next batch of HP notebooks will rely on Boston-Power’s earth-friendly lithium-ion batteries, currently known as “Sonata” batteries. The leader in their field, lithium-ion batteries have almost completely replaced nickel-cadmium and nickel-metalhydride batteries in laptops and several other electronic devices. However, the New York Times notes, “existing lithium-ion batteries will typically lose half their charge capacity after just one year, and will be all but dead after three.” Meanwhile, the Boston-Power lithium-ion battery, made without the usual heavy metals, has a fast charge and can thrive for three or more years, a much longer shelf-life than the average notebook.

Unlike the batteries in most HP notebooks, which charge about 90 percent in 90 minutes, the Sonata batteries charge 80 percent in 30 minutes. Plus, once charged, the battery stays charged longer; they average about four hours during each use. Three years down the road, they’ll continue doing the same. Since the metals in these batteries aren’t reusable, recycling isn’t possible, but the lengthened laptop life makes the venture worthwhile. On top of that, e-waste can finally  take a vacation: “Having a laptop battery that is very long in life could do wonders for extending the life of the entire product,” one electronics spokesperson for Greenpeace told the New York Times.

HP expects to start using the batteries, re-branded as “HP Enviro,” in early 2009. The HP deal, however, is not exclusive, and reviewers expect even greater things from Boston-Power. Maybe, say, a cheaper, less wasteful car battery?    Another interesting option to consider down the road is the silver-zinc battery, still being developed at ZPower in California. We’ll keep an eye on these studies, and let you know if anything interesting develops…