This blog post was written by Nate Burgos who designed MetalMiner IndX(SM) and who runs the blog site: Design Feaster 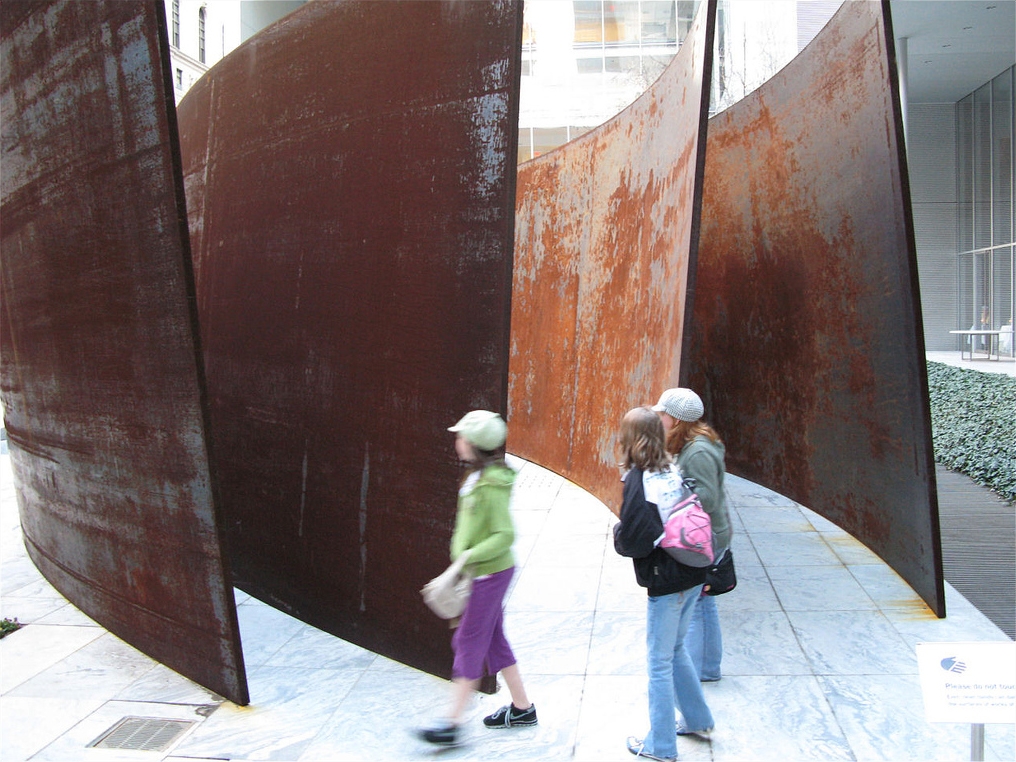 Though Richard Serra is a proclaimed sculptor of minimalism, his public artworks of metallic configurations are maximum in stature. His primary raw material is weathering steel, popularly known as COR-TEN steel. Due to its chemical composition, this kind of steel demonstrates continued resistance to atmospheric corrosion. It forms a protective layer as it is influenced by the elements, resulting in a “weathered” look. With the passage of time, the steel sustains a rust-like appearance.

Last year, the Museum of Modern Art exhibited a forty-year survey of Serra’s large-scale sculptures. From a related interview, Serra emphasizes the people who experience the geometry of his artistry: “Without knowing anything about sculpture you understand that the single and double ellipse, the spirals, and the piece made up of torus and sphere sections share a language and a syntax. You become the reader of that language in your bodily movement. You can go anywhere you want, but anywher you turn you are within the volume not only of the encapsulating architecture but of the field that unfolds as sculpture. The entire field becomes one of sculpture, as you’re spun into and out of the different pieces.” Through an intensive process utilizing rolled-steel plates and steel mills under the orchestration of an exacting team, Serra has made it his passion to transform formidable material into a humanizing force of enduring art. 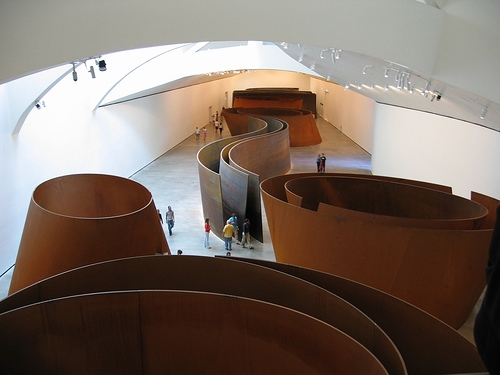 For admirers of steel sculpture and artworks, check out the COR-TEN steel group at Flickr.