Our Mine, Our Town 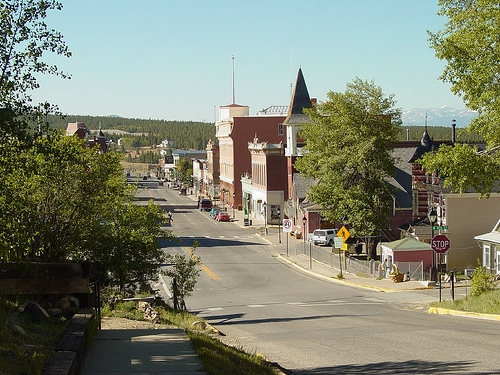 “I would have to say most of us say it sucksjust plain and simple, it sucks. It’s something that we were looking forward to. It was going to bring in additional income, people in town were getting excited, and then it gets pulled out from under us.” This was the firm conclusion of Rochelle Basher, who manages the Delaware Hotel in Leadville, Colorado. It is a sentiment shared by the 2,800-plus residents of a town that was founded in the late 1800s and became a large and leading silver provider until an abrupt decline during the 1890s. Soon after that time, mining diversified, producing gold, lead, zinc and copper.

Molybdenum, a “transition metal” known for its high resistance to corrosion and weldability, fortified another boom for Leadville during World War II until the closing of the nearby Climax mine during the 1980s. This dealt the town another harsh blow. Due to international demands for molybdenum from nations like India and China, the town recently anticipated a reopening of the Climax mine. The enthusiasm was marked by a parade that passed through the downtown area and included a ball mill. But prices suddenly fell for molybdenum, reversing the much-anticipated mine reopening.

Leadville’s struggles echo those of many in the U.S. whose livelihood is rooted in a particular industryfrom farms and sawmills to restaurants and commercial fishing. All are affected by the state of the economy, but the mood remains grounded in hope. As Marcia Martinek, who lives in Leadville and works for the local newspaper, explained: “That [Climax mine] gave us hope. When you have hope in a community, you can feel it when you’re going and down the streets. And the hope isn’t gone either. It’s still here. We just need a timeline for how hopeful we can be and when.”

Here’s to keeping the timeline of hope alive.