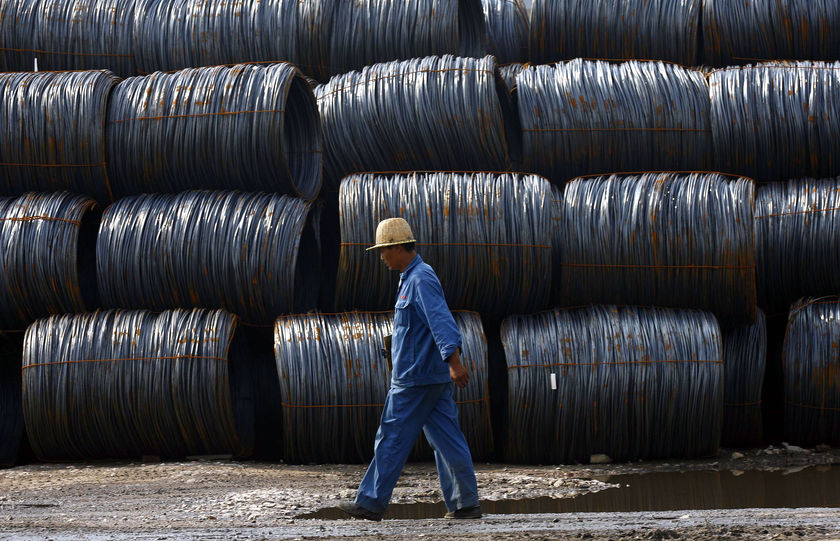 The world’s largest steel producer and consumer, China struggled as the metal dropped to 14-year lows late last year. Since September, steel prices started reaching levels unseen since 1994, and analysts expect similarly discomforting times for steel producers in 2009. The country has found that steel mergers, however, can help control problems in the sprawling steel sector.

The merger already has approval from China’s government,  a group  actively searching for ways to boost economic growth in the country. The Chinese government strongly supports such steel mergers, and has urged steelmakers to consolidate for the past few years. In addition to establishing greater efficiency, the deal is expected to cut pollution. According to the China Iron and Steel Association, the major Chinese steel plants lost large sums in November, with the companies under pressure as they hit the second “monthly net loss” after October. In November, the main plants posted a 12.77 billion yuan loss, about $1.87 billion in U.S. currency, with the finger of burden pointed at raw material prices. “CISA vice secretary general Qi Xiangdong said the first six months saw price hikes of iron ore, coal, coke and crude oil, which led to a 70 percent rise in steel prices over the same period last year,” China Daily shares.

Interestingly, China began the new year with a small boost in domestic steel prices, but insiders expect a short lifespan for the boost as conditions worsen in 2009. Although this combined steelmaker will be large, joining the top five in the world, shareholders and investors expect difficulties. When trading for the three companies resumed last week after a short hiatus, the numbers dropped significantly. Soon, we’ll see if the merger can change those numbers for the better, but many just expect the merger to help the companies keep their heads above water, without significant improvement otherwise.