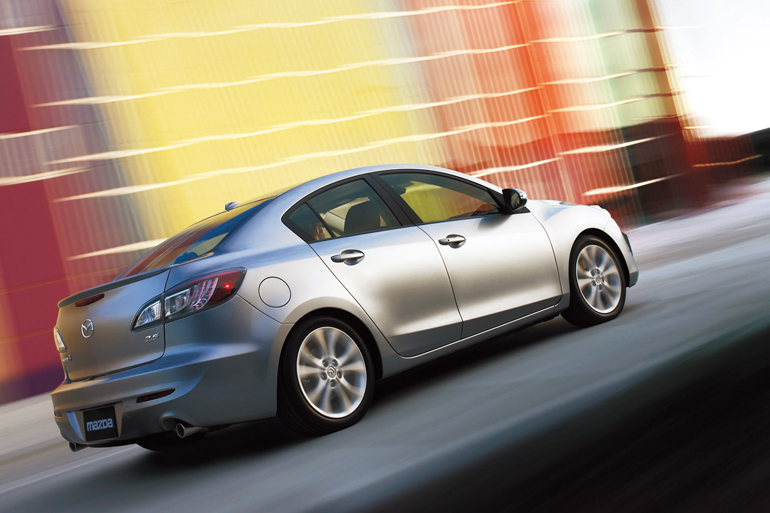 Photo: Mazda will unveil new catalyst technology in the 2010 Mazda3.

As  analysts  predict a long-term bull market  for gold, Merill Lynch expects a gold rush in 2009 that rivals the incredible highs of early 2008,  noting in a recent release that oft-rising gold  could reach an all-time high at $1,150 per ounce in June. Meanwhile, fellow precious metal platinum fell yesterday for the first time in the new year, but the price still gained a promising 6.2 percent last week. Precious metal palladium didn’t fare as well when it fell last week and even lower yesterday, although  a few  investors still predict the metal could reach higher levels  during the  last quarter in 2009.

But predictions are never certain, and the formal creation of a new catalytic converter could have an even greater impact on the precious metals market, cutting demand for the metals in the automotive sector. Using new technology set for release in 2010, car producer Mazda Motor Corp. plans to adopt a catalytic converter that uses 70 percent fewer precious metals than the typical catalyst  — and unlike Nissan and their latest catalyst, the company has chosen to release this catalyst in global markets. In a press release,  the company says the new catalyst, called a single-nanocatalyst, “will enable very efficient purifications with minimal deterioration over time even under the harshest operating conditions,” starting with use in the 2010 Mazda3. One German newspaper notes that a car’s emissions with the new catalyst will drop to 75 percent below the legal limits in the EU.

Platinum and palladium have the most reason to fear these advances, since the metals already underperformed late last year. On top of that, the main use for each metal comes from catalytic converter consumption, now slowed to a crawl. As technology improves, though, catalyst thefts could also slow. The plentiful precious metals in catalytic converters made them quite the prize for metals thieves in the past few years, as thieves seek the parts whenever there’s a high cash payout for scrap metal. Since Mazda will reduce precious metal use in converters from 0.6 grams to 0.2 grams,  fewer precious metals could make the parts less worth the effort to steal. And, of course, fewer precious metals mean manufacturing and material  costs will drop for Mazda, a company that  predicts significant 2009 share gains. It’s no wonder the company still hasn’t announced whether or not they will share their technological advances with other manufacturers.