A recent report from MetalMiner explained that catalytic converter thefts might turn sluggish once older catalysts are replaced with the latest technology. Beginning with the 2010 Mazda3, car powerhouse Mazda plans to introduce a new catalyst that uses 70 percent few precious metals. Until then, though, thieves have another reason to let their metals thefts peter out. No longer classified as a simple misdemeanor, catalytic converter theft is now considered a felony, punishable with five years in prison or a $10,000 fine. 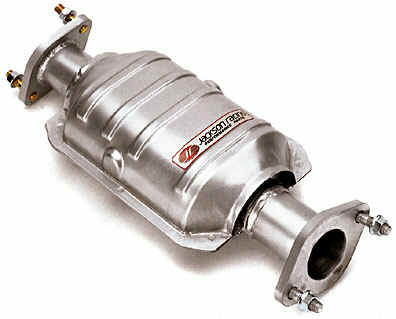 Photo: With new legislation in place, stealing catalytic converters like the one above won’t be worth that pretty penny at the pawn shop.

Although all states haven’t adopted the law, Michigan prepares to take the law into effect this March. Lower prices for scrap metal have already slowed the thefts, but this law prepares for a future upturn in scrap metals markets. Governor Jennifer Granholm signed the legislation to increase punishment for both thieves and buyers of stolen scrap metal, allowing closer monitoring of scrap metal sales and activity.

“The larceny of catalytic converters, copper and other metals has become a very serious problem,” Granholm stated in a press release. “We are committed to putting an end to this kind of destructive criminal activity by vandals trying to make a quick buck at the expense of others.”

More detailed information on the new regulation hasn’t been released, but pawn shop owners hope the new laws can help rather than hurt business. In the past, we’ve reported on thefts ranging from church steeples in Great Britain to copper pipes in foreclosed homes. Will new laws take a bite out of metals crime? Other states should closely monitor Michigan’s new legislation, and see if the results make stronger regulations worth implementing.