Home | Global Trade | A Way Out of Our Economic Woes

A Way Out of Our Economic Woes

Every six months I like to put an outrageous idea to paper (or ether or whatever this space is called on the Internet). Last summer, I suggested the airlines should move to a bulk freight model as a means of saving on fuel costs. Of course I managed to offend the tens of people that read this blog back then. Now I’ll try on a new idea and see if I can get a few of you to comment, even if all I do is manage to rile you up.

I had received an email of this article about a recent shootout in Reynosa. Reynosa is a Mexican border town just south of McAllen Texas. I had been to Reynosa for some client meetings back in November (and even wore a bullet proof jacket, not that it would have helped had I been shot with what you are about to see). And though I think my client got a laugh out of the jacket, the situation in Mexico has worsened. Everyone is looking for bullet-proof and AK-47 proof jackets. After I forwarded the story, my client sent me this clip:

Luckily my parents don’t read this blog. They would be mortified to know their daughter had been there just a couple of months prior, but I digress. Note the reporter hits the ground in this segment and even though it is in Spanish, you get the idea. The situation has gone from bad to worse, however, and in this Wall Street Journal article, the specific phrase, “failed state” speaking of Mexico has made its way into the Mexican mainstream news. The article goes on to say that the violence in Mexico could become Obama’s War on Terror. We have friends in Mexico who have pulled their children from school and even built concrete barriers around their homes!

The violence will not only harm trade relations between the US and Mexico (we know many Americans that have left Mexico for safety concerns and several companies that have stopped placing orders for metal fabricated parts out of fear) but will ultimately threaten the safety of American citizens. Kidnappings are already on the rise in Phoenix according to the Journal article as a direct result of the stranglehold these drug cartels have on control and access to the “US market” for drugs. Some propose “radical” approaches such as “reducing harm to users [drug] and tackling organized crime.” And that certainly is one approach.

But my suggestion would not only stop all of the crime but would actually move us out of all our economic troubles. How about drug legalization in the US? First, it would generate so much tax revenue that we wouldn’t need to worry about stimulus packages. Heck it might actually go toward debt reduction inside of year one. Second, it will effectively put these cartels out of business as there would be nothing to smuggle or sell. We can go back to normal trade relations and tourism within Mexico (look how the University of Arizona issued this travel ban). The stimulus package could be repealed albeit with some funding toward drug education and emergency care (we’d probably have a spike in drug overdoses initially).

Too radical for you? Perhaps but you might want to take a look at these pictures below, sent to us by our own “deep throat” actually a scrap dealer down in Mexico. We might be fans of a NIMBY policy (not-in-my-backyard) but it’s too late. This is our own backyard. 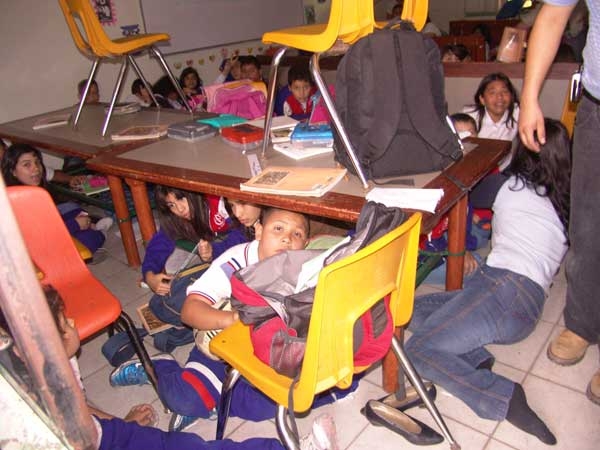 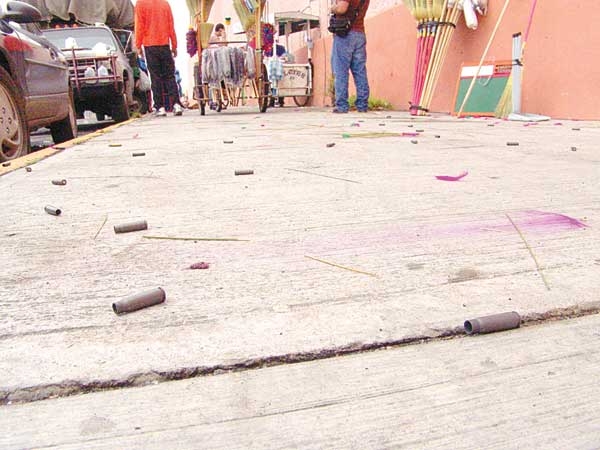 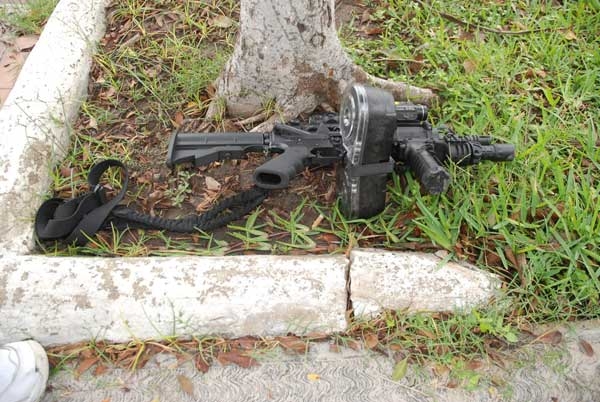