Cobalt – Strategic and in Short Supply – Part One

This is part one of a two part series on cobalt production and price trends. Today’s post covers production trends.

Cobalt is considered a strategic metal by the US government. A strategic material is defined as a commodity whose lack of availability during a national emergency would seriously affect the economic, industrial, and defensive capability of the USA. The US is almost completely import dependent for its supplies of cobalt, and consumes about 20% of world production according to The Idaho Cobalt Project (a project to extract cobalt from deposits in northern Idaho).

Usually cobalt is produced as a by-product of nickel and nickel-copper mining activities with the DRC (Congo) by far the largest source of ore representing some 45% according to the US Geological Survey. With cobalt considered to be a strategic metal it is perhaps surprising that the US had a net import reliance of 81% of consumption in 2008. Unfortunately, the main producers of mined cobalt are those paragons of stability Zambia, the DRC, Russia and Cuba. The reason there is not more domestic US production though is economic. At current prices, the cost of production either as a by-product or sole mined ore is higher than the market price will support from most domestic US sources.

Meanwhile production patterns of refined metal are changing rapidly. While production numbers from established producers (as represented by members of The Cobalt Development Institute ” these include firms such as BHP, Norilsk, OMG, Vale, Xstrata and Chambishi, Zambia) have been declining, down 5.7% from the first half of 2007 to the same period in 2008. Refined production from China has increased 50% from 6,205 to 9,203 metric tons from the first half of 2007 to the first half of 2008. China produces only 2.8% of the world’s cobalt bearing ore but 33.2% of the refined metal and that percentage is rising. (DLA refers to the US Defense Logistics Agency) 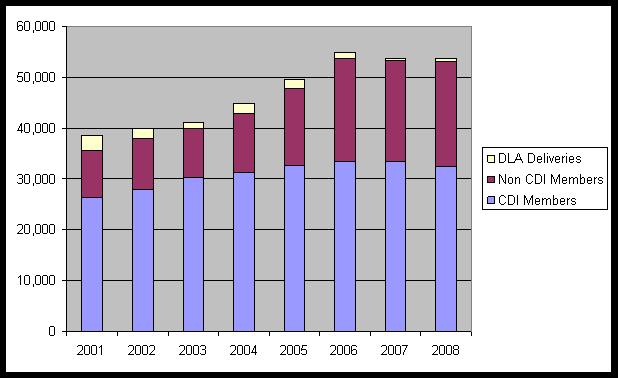