One Upmanship Among Police Cars Sees the Germans on Top

You wouldn’t think there was an economic slump or that fuel costs, although down from their peak, are still historically high compared to 3-4 years ago. Apparently police forces around the world are struggling to catch highway speedsters and either out of desperation or a desire to out do each other are going for progressively faster vehicles to keep up. The Austrians have been running trials with a Porsche 911 and found drivers much less willing to take them on than in their old patrol cars. In San Diego, according to the Telegraph newspaper, police officers are using a custom made police car with integrated shotgun mounts and a top speed of 155mph.

But until recently, the Italians held top gun by running a Lamborghini Gallardo which we thought you would like a picture of just in case you found yourself at an illegal speed on the Salerno-Reggio Calabria highway. Not exactly subtle is it. 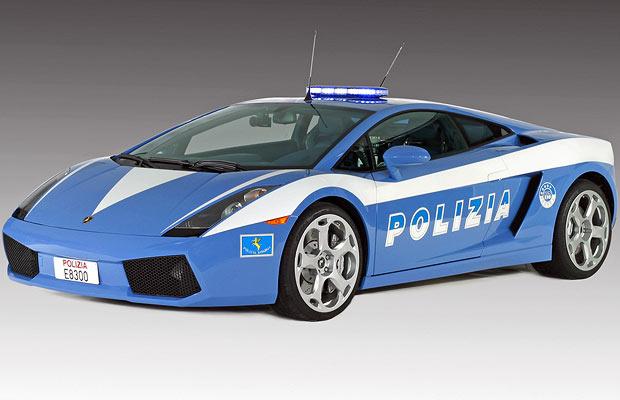 However not to be out done, the Germans have thrown down the gauntlet by ordering a Brabus CLS V12 S Rocket which has a (electronically limited) top speed of 225mph. The Brabus  is a modified (heavily modified) Mercedes CLS and in case your trip through Italy takes you up to the German autobahns we regret to say the Brabus only telltale signs from behind is it has four exhaust pipes instead of the usual two. Brabus had to design a new all stainless steel exhaust system to handle the twin turbo V12 engine that pushes out some 730hp and accelerates the car to 60mph in less than 4 seconds. 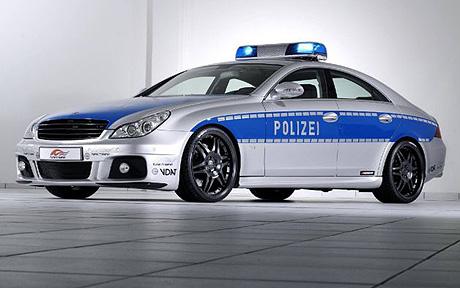 And the Brits, what do they have? A supercharged Jaguar perhaps? An Aston Martin? No the UK police force has a Ferrari 612 Scaglietti, but purely to promote road safety of course.