UAW, State and Local Governments and Alcoa Forge Ahead

Pun intended. A friend of mine had posted a link on his Facebook page (yes, I admit a presence on it) to an article from Forging Magazine on how Alcoa and the UAW came to a mutually agreeable labor agreement extending the existing contract for another two years. That in and of itself does not make for interesting reading. However, the signed labor agreement served as a prerequisite for Alcoa to obtain funding from state and local governments necessary to aid in the repair of its 50,000 ton forging press called The 50. The repair bill, a hefty $70m will go toward fixing a crack in the forging press foundation discovered last summer, according to the article.

What makes the story all the more interesting, besides the fact that the press makes parts for the Lockheed Martin Joint Strike Fighter Program and that this forging press, built between 1952-1955 represents one of the largest fabrication tools in the world, is the combination of a public-private partnership to get this press back online. The Cleveland City council pledged $550,000 according to this article from the Cleveland Plain Dealer. This dollar amount, part of a larger $20.6b package of loans, tax incentives and local government aid along with the labor agreement represent the community’s effort to bring the press back online and keep 1200 jobs. Repairs could take up to 30 months, according to the article.

Alcoa won the contract to supply $360m of aluminum forgings for the F35-Joint Strike Fighter program. The contract, scheduled to run ten years in length is for large aluminum structural die forgings for 1200 aircraft and 15 large bulkheads, according to the press release. Some of the parts have moved to another Alcoa 35,000 ton press.

These images of the press come from The Library of Congress: 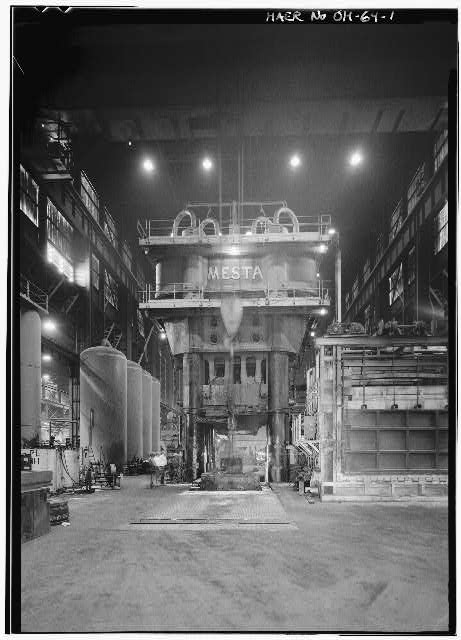 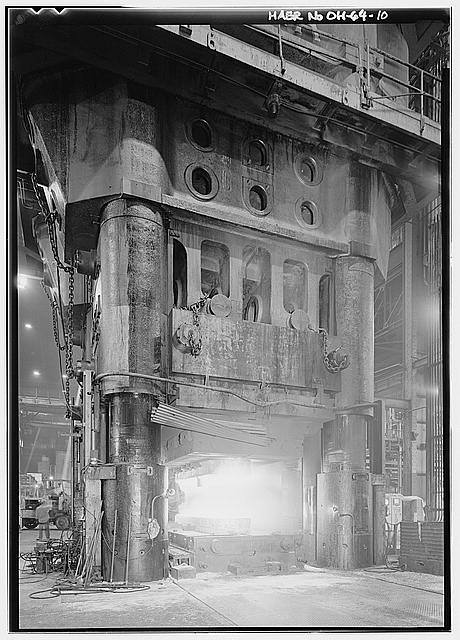