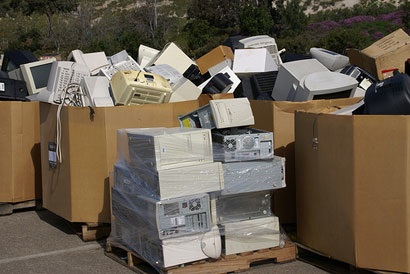 In January 2009, Washington required every manufacturer that sells products within the state to participate in a network of residential programs that handles and recycles electronic waste. E-waste also includes other entertainment devices and mobile phones, which Washington’s plan doesn’t include. Oregon also instituted a manufacturer product stewardship.

In 2007, according to the EPA, 80% of old computers, monitors and televisions were put into the trash, resulting in a sizable addition to landfills. An estimated 251 million personal computers were sold worldwide. Precious metals are part of the raw material of electronic products. Toxicity and carcinogenicity of some substances, such as lead, mercury and cadmium, are of particular concern to the accumulation and improper processing of e-waste.

How e-waste laws affect the way manufacturers produce and distribute their productsincluding their composition and durationis one of the key by-products to observe. Apple’s aluminum unibody design was covered in an earlier posting, and naturally sparked debate of its greenability. But the computer maker’s transparency with its Environmental Status Report and related communication (covering everything from elimination of toxins to reduced packaging) are worth noting. Sony is sharing its green commitment too.

Find out more at the EPA’s eCycling section, ewasteguide.info. To locate a U.S. e-waste recycling center, consult the Rewaste recycling directory for electronic waste. The hero WALL-E of Pixar’s animated film would definitely support the efforts to clean up a polluted Earth. 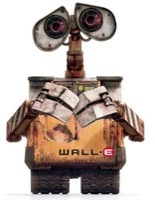 PREVIOUS POST:
Heat Shield a Challenge for ESA's Solar Orbiter
NEXT POST:
Are China's Banks Laying the Seeds of a Crisis Down the Line?