We have seen the future and he’s a cute little guy called PR2, or at least he promises to be the forerunner of practical robotics for the everyday consumer. Yes you say we have heard that all before. How many times has some university research group or private inventor come up with the new home help robot, only for it to fade into oblivion? Countless times over the last 30 years is the answer, but before you dismiss this as another such tale take a moment to look a little closer. First, look at the team behind it. Willow Garage founded by Scott Hassan (one of the designers of the original Google search engine) has set out to develop both the hardware and software for personal robots unlike any previous venture. By promoting an open source and open platform approach they are pulling in ideas and assistance from specialists in North America and Europe. 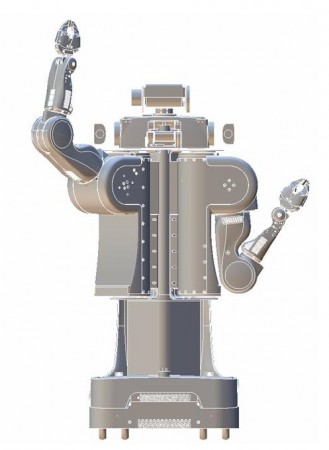 In an interview with MetalMiner, Keenan Wyrobek one of the founding design engineers and co Director of the project, shared some of the challenges his team has faced since taking the idea from his post graduate days at Stanford to the commercial venture it is today. PR2 is a development platform for software and hardware developers and as such has to be capable of accommodating rapid design changes. Needless to say, exotic hard-to-find materials are out. The key decision drivers were durability, component delivery time and cost. Why durability we asked? Cost we could understand, the time for production of components we could understand – if one supplier can deliver a solution in a week and another takes 8 weeks, guess where you go if you want to keep your project on track? Keenan explained that because this is a development platform one of the key issues is Ã‹Å“will it break?’ Software and hardware components are constantly being changed, developed and tested. The platform has to be able to withstand frequent impacts when things go wrong and still survive. At the same time, weight has to be kept to a minimum for safety. The lower the weight, the less damage it will do if it comes into contact with people. Keenan’s team have adopted aluminum alloys widely in the design, bonding 5000 series sheets with epoxy compounds as a laminate to create strength for structural components. The original PR2 used machined components but later versions are more often investment cast A356 aluminum alloys and the team has faced numerous challenges in terms of achieving the rigorous tolerances the designers need. Other materials have been tried. Magnesium is used in one of the castings and may be used more but because of the very precise motor control issues using metals with dissimilar coefficients of expansion creates practical problems when running environmental stress tests. The team has tested PR2 for days at a time from 10 to 40 degrees C and in fluctuating humidity from zero to 100%. The materials largely stood up well, the deciding factor has more often been survival of the sophisticated electronics on-board.

In an effort to secure the “best as fast as possible,” the PR2 incorporates castings and components from around the world. In addition to US suppliers, parts are made in Taiwan, S Korea, Mexico and most recently India. Oddly enough, Keenan found that if he could keep components to within the parameters set by the laptop industry, costs and availability improved dramatically. The moment they designed a larger component, costs went through the roof.

Metal geeks like us will be pleased to hear the team has tried plastics and though they are experimenting with injection molded polymers, they expect aluminum to remain a major part of the design for future platforms. Fifteen PR2’s are already scheduled to be out to development teams around the world this year and Keenan is hoping to break twenty by the year end. Will we see a PR3 or 4 in our shops anytime soon? No but the enthusiasm generated by the open source approach is breaking down barriers and fostering cooperation between previously singular efforts around the world. PR2 can already find its own way through ten doors and plug itself into ten wall sockets without assistance in under an hour. As the NY Times recently finished an article on the project Now they can escape and fend for themselves!

PREVIOUS POST:
Asia to Europe Shipping Lines Under Water on Rates
NEXT POST:
Another Look at Steel Costs