Once a venue devoted exclusively to comic books, science fiction and fantasy in film and television; the massive annual convention San Diego Comic-Con International has evolved over the years to showcase a broader range of pop culture. Today, horror, anime, manga, animation, toys, collectible card games, video games, web-based comics, and fantasy novels are all very much a part of the Comic Con world.

Among the many passionate themes at this year’s Comic-Con, one that remains vibrant in its scientifically romantic composition and atmosphere is Steampunka term coined by science fiction and horror author K.W. Jeter in his novel Morlock Night. Steampunk’s original influences are rooted in the stories of Jules Verne and H.G. Wells, whose imaginative characters and scenes feed Steampunk’s metal-laced style. 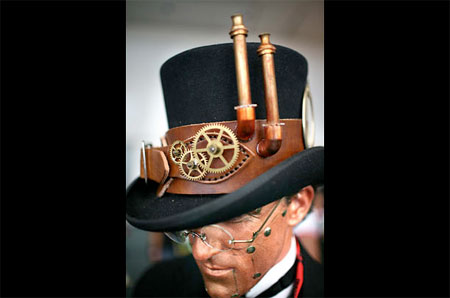 Whereas Cyberpunk highlights a data-driven world, Steampunk thrives on the industrial, if not mystical, power of steam. Steampunk devotees are motivated by an enthusiasm for the ideal reach of technology and the way it could shape humanity in the process. The following description of Steampunk, written by S.F. Winser, eloquently explains the genre-turned-movement’s nuances:

Steampunk straddles the subtexts of both Verne and Wells’ sci-fi, and Shelley and Stevenson’s Gothic horrors. Steampunk is about technology. It is about science and the wonderfulness of the world when these two intersect with human intellect. It is about the dangers of creation unfettered by morality. Steampunk is also about beauty.

The mechanical aesthetic of Steampunk makes use of materials like polished brass, copper and iron. Aluminum is consideredÃ‚Â  to be the other Steampunk Metal. 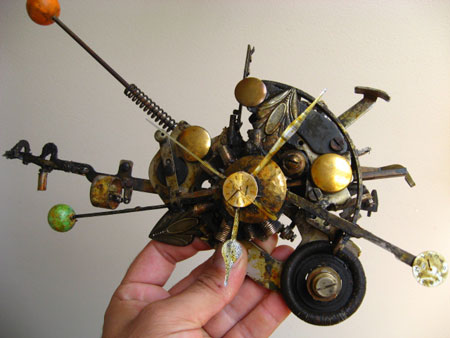 Whether its historical Steampunk or fantasy-world Steampunk, metal is a prominent player in the cultural movement’s inventive cast of characters.

PREVIOUS POST:
Wind Towers Set to Get Even Larger in Search for Higher Power
NEXT POST:
Let's Talk Magnets for Wind Turbines