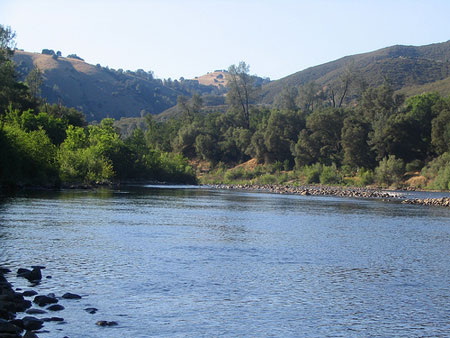 The motivation that originally provoked the California Gold Rush back in the 1800s is repeating itselfor at least a portion of itaccording to a story reported by National Public Story. And there’s a reminiscent wave of people heading toward California’s riverbanks. Apparently, memberships in gold prospecting clubs increased to 85 percent in California last year. A Quick Fact appears at a small type size on GoldFeverProspecting.com but it screams loudly:

While such language incites gold fevercompounded by the currently high price of gold, nearly $1,000 an ouncethe comments to National Public Radio’s story resounded with a strong environmental message. Listener Bill Smith summed up the concern this way:

Panning for gold may make someone a couple of bucks on the weekend, but it leaves a legacy of environmental degradation.

Echoing California’s current gold rush are events in Mongolia, as reported in a similar story by NPR. Some 100,000 herders have released their flocks to take on the emerging role of ninja miners, a term coined because of the plastic gold-panning containers on their backs, which make them appear like TV’s Teenage Mutant Ninja Turtles.

In contrast to the flocking California gold-miners, the Mongolian herders-turned-miners produce more gold than the formal industrial mining sector, which alone contributes more than 20 percent of Mongolia’s gross domestic product. But with the gold-digging productivity comes the visibly negative impact on Mongolia’s landscape. Former Mongolian herder-turned-protester Dechindorj Ganbold rallies to return to how land and life were, before gold fever:

We’ve lost our grassland. We’ve lost everything. How unfortunate we are that we had gold in our land. Without gold, our rivers would flow and life would be normal. Now there’s no way back.

Polarizing viewsfrom both sides of the oceanrecount the dual, dominant gold-rush themes of economy and environment. The discovery of commercial amounts of gold easily built the former of a vibrant economy. It’s the latter of a fragile environment that is easily affected.