This year, China’s largest coal producing region, the northern province of Shanxi, is undergoing massive nationalization. In contrast to the rest of China which benefits from the effects of the free market, Shanxi’s coal mining industry has for decades exhibited the worse excesses of unrestrained capitalism (probably with the corrupt assistance of local politicians). Deaths in China’s coal mines, although falling, are still the highest in the world and environmental damage among small unregulated mines is widespread.

The issue of mining safety is a sensitive one with the Chinese government; according to the United Press the country’s worst mining accident occurred in 1960 when 682 people died. The incident was classified as a state secret and not revealed until 28 years later. In the wake of another mining accident when 270 were killed at an iron ore mine in Shanxi province in September 2008, provincial governor Meng Xuelong was fired and replaced with Wang Jun, then director of the State Administration of Work Safety. Wang reordered the province’s priorities with the intention of reducing mine deaths. The plan is to close mines producing less than 300,000 tons and hand the rest over to seven state owned mining companies who can be expected to maintain adequate health and safety standards. Many say the move has cut Shanxi’s coal production and impacted its economy this year. Where the rest of China grew, Shanxi slumped by 4.4% but in reality this is probably more a reflection of Shanxi’s reliance on power and mining generally than the closure of the small mines which anyway only make up about a third of output. However, imports during this period have jumped. Australia has seen a 986% increase to 8.8 million tons between Jan and July this year. How long it will last depends in part on how quickly the state producers can consolidate their new holdings and re-build output.

Many defend China’s position saying western countries also had a high level of mining deaths during their period of industrialization. As this graph constructed from data collated from this site shows, coal mining deaths in China have fallen year on year following a peak in 2003. 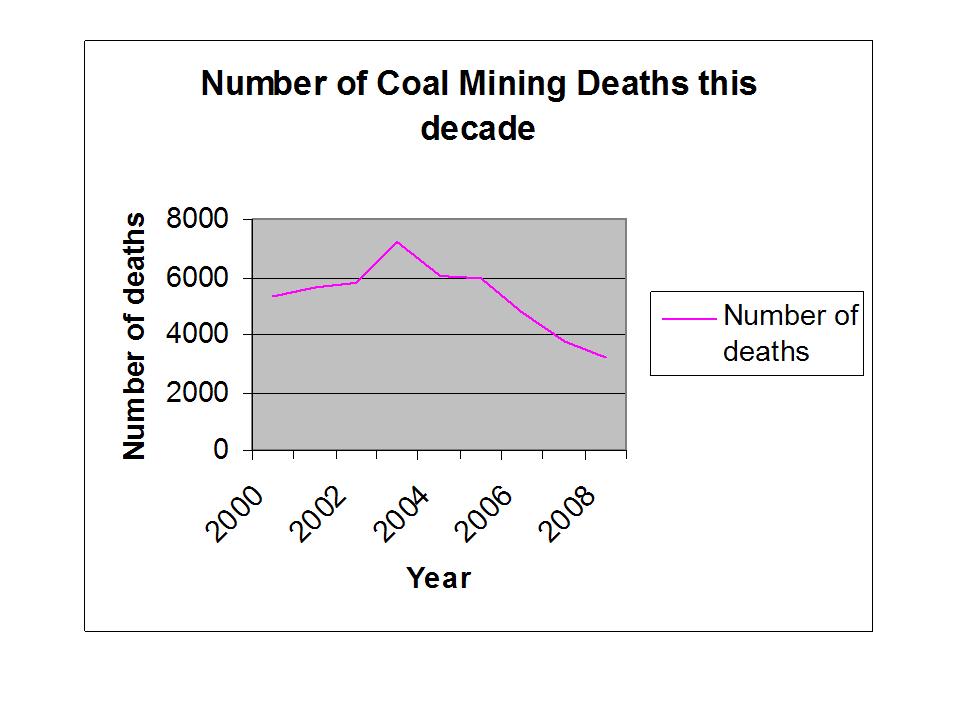 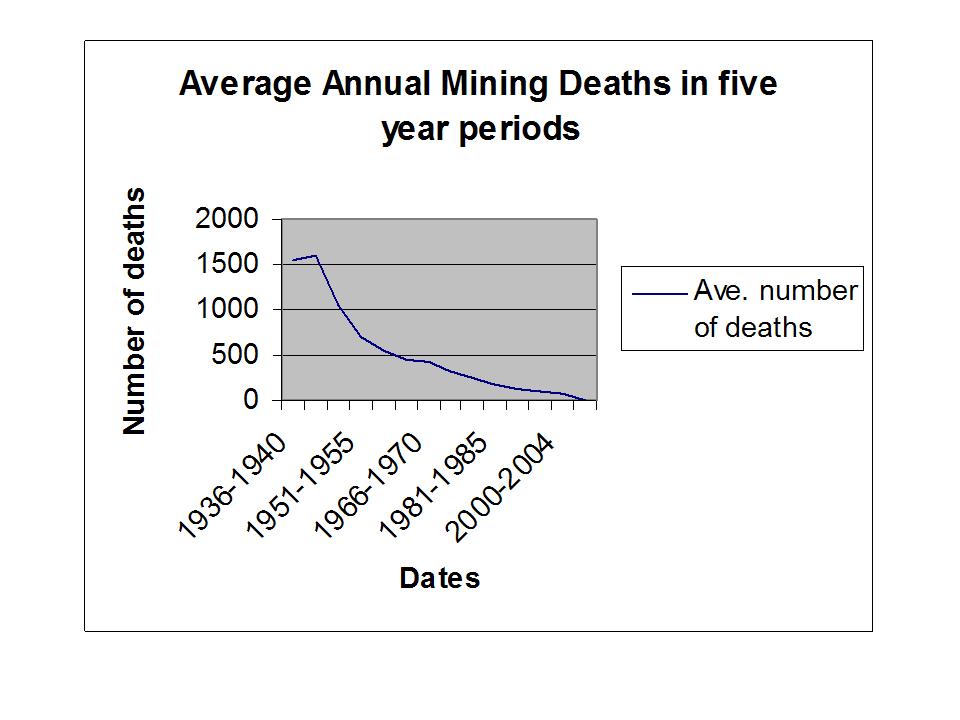 Supporters miss the fact that when the west was industrializing, the tradition of legal protection around the world and the technology to achieve safe mining conditions was generally not available; nowadays the situation is very different. China has models of how to enforce safe mining regimes, models they are finally adopting. In addition, the technology is widely available to make mines safer. Mine owners just have to be forced or willing to pay for it.