Home | Environment | Cycling with the Urban Woman in Mind
Commentary

Cycling with the Urban Woman in Mind

The bicycle is mightier, and far more environmentally sensitive, than the car. According to Andra White-Kjoss, founder of Bikestation, “Our existing transportation system has been built around the automobile parking, service, fuel and we need the same sort of system around other forms of transportation. Then there is B-cycle, a national roll-out of automated kiosks that allow riders to rent bikes at prices comparable to those of mass transit. Its founder, Grant Harrison, believes that “Biking is going to be a great advocacy source for change for cities and for health as well. 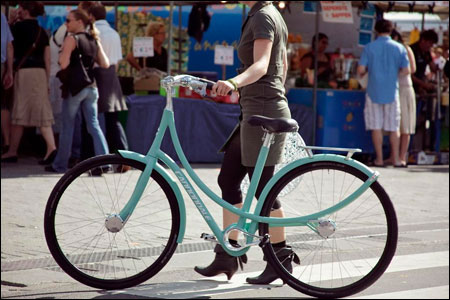 A bicycle to complement two-wheeler civic programs has been proposed by industrial designer Wytze van Mansum. In his graduate project for bicycle manufacturer Cannondale, van Manusm conceived of a bicycle for urban women, “who care about their looks, health and the environment, but don’t want to be bothered with technical details or bicycle maintenance. Dubbed the Dutchess, the design was approached “from a fashion and automotive point of view. 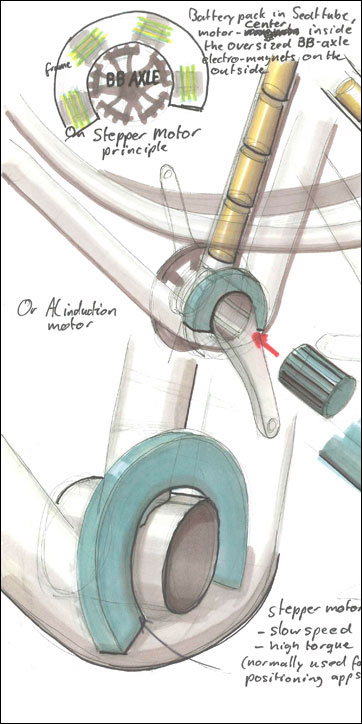 Sketches of the pedal assist by Wytze van Mansum

The name Dutchess refers to the popular Dutch bicycle called the Omafiets. The distinctive arch holds the entire frame, from handlebars to taillight, in a cohesive visual structure. Another distinctive characteristic is the transmission (image above) that runs through the frame, keeping the bicycle maintenance free and ensuring a ride that is carefree, clean and, equally important, in style.

At this point, the Dutchess exists only as ride-able prototype, which will hopefully be picked up in its entirety by Cannondale.

See the Dutchess in action in this video made by freelance director and motion designer Eelke Dekker.

PREVIOUS POST:
Mind Over Matter: Recycling Metal to the Max
NEXT POST:
Could Corus Closure Have More to do With Carbon Credits?