Home | Uncategorized | Ada Lovelace, Charles Babbage and The Difference Engine that Made a Big Difference
Commentary

Ada Lovelace, Charles Babbage and The Difference Engine that Made a Big Difference 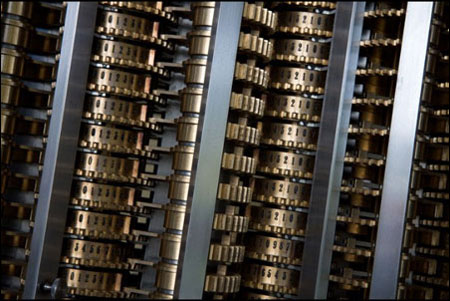 What weighs five tons, is made of cast iron, steel and bronze, woven together from 8,000 distinct parts, composed from designs dating back 162 years (1847 through 1879) and is taller than most people? 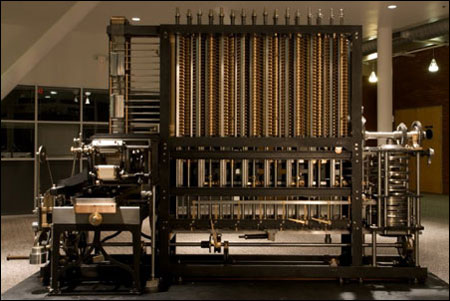 They describe the first mechanical calculator designed by mathematician, philosopher and mechanical engineer Charles Babbage (1791–1871). His invention (photo above) was a major precursor to today’s common digital processor. Babbage is hailed as the father of modern computing. But his designs for a calculating machine only existed on paper until Doron Swade, former curator at London’s Science Museum, became determined that such a device could be used. In 1985, he and a team of specialists constructed a working Difference Engine No. 2. They analyzed 20 large design drawings (photo below) that depict the Engine’s mechanisms. After 17 years of funding crises, manufacturing challenges, impossible deadlines, and technical puzzles, the project was completed in 1991 for the bicentenary of Babbage’s birth. 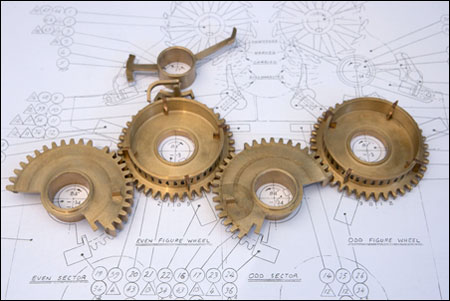 While a Professor of Mathematics at Cambridge, Babbage dreamt of a machine to tabulate polynomial functions:

“… I was sitting in the rooms of the Analytical Society, at Cambridge, my head leaning forward on the table in a kind of dreamy mood, with a table of logarithms lying open before me. Another member, coming into the room, and seeing me half asleep, called out, ‘Well, Babbage, what are you dreaming about?’ to which I replied, ‘I am thinking that all these tables’ (pointing to the logarithms) Ëœmight be calculated by machinery.”

The power that would fuel this machine was also specified:

“I wish to God these calculations had been executed by steam.”

Babbage was able to raise money from the British government and made an actual prototype. However, after 10 years, more funding never materialized and the work-in-progress was turned into scrap metal.

The Difference Engine was a segue for its advanced counterpart: the Analytical Engine, which was more than a calculator. It was a mechanical general-purpose computer. The desire and dreams of this machine was not only beholden to Babbage but also shared by Ada Lovelace (1815–1852), the daughter of the poet Lord Byron. Lovelace found poetics in Babbage’s engines that also outputted metaphor. Lovelace matched numbers with prose. Babbage called her “The Enchantress of Numbers.” History calls her the first female programmer. 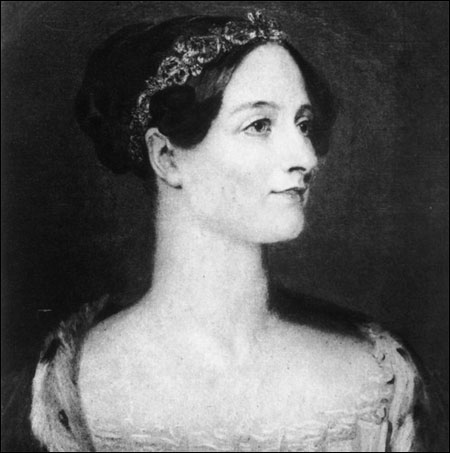 As Tim Robinson, a docent at the Science Museum, expressed:

Ada and Babbage played “game-changing computer chess” in the 1800s. Their correspondence and relationship sparked the rapidly evolving technological age. Their pairing and forward-thinking sensibilities not only advanced the attitude and aesthetic of steampunk but also the live metaphors of the information superhighway, silicon alleys and prairies.

Related: The Difference Engine will be exhibited at the Computer History Museum through the end of 2010. Then it will be transferred to Seattle, where it will enter a private collection.