Home | Uncategorized | By Land, Air and Water: Work In, Work Out
Commentary

By Land, Air and Water: Work In, Work Out

Chemist Louis Pasteur said, “Everything in this world depends on work. Below are only two of the photographs from a series called At Work at The Big Picture, the photo blog for the Boston Globe. An apparent constant that carries from one year to the next is the act of making things in all shapes and sizes, at all levels of price and usefulness. Products fill the retail aisles, storeroom floors and inventory warehouses. But their conception, planning, production and delivery belies a journey that far exceeds their shelf life. We are all a part of this global journey. 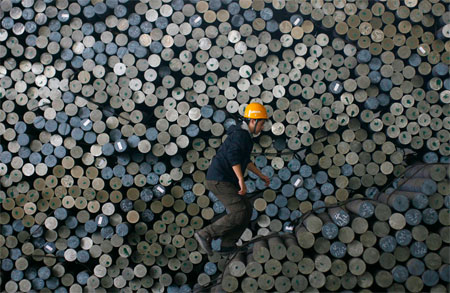 “A worker walks over steel bars at an iron and steel plant in Wuhan, Hubei province, China on November 1, 2008. Moves by China to restrict steel exports may push trade distortion problems into other industries down the line and run counter to world rules, a U.S. trade official said. (REUTERS/Stringer) 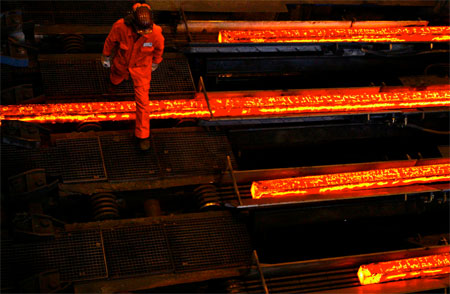 “A worker walks over hot steel plates at the factory of Swiss Steel AG which is partly owned by the Schmolz + Bickenbach group in Emmenbruecke, outside Lucerne, Switzerland on October 15, 2008. (REUTERS/Michael Buholzer)