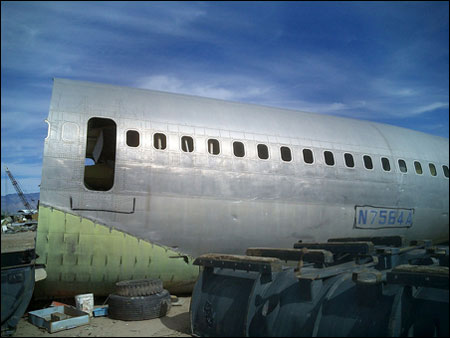 Machines age when they’re not used for a while, especially true of airplanes. Long unused airplanes accumulate in “airplane graveyards where they rest in abandonment for an indefinite time. For the longer they age, they are either sold as surplus or scrapped. Aircraft aluminum proved to be very difficult to sell because of its chemical composition. Aircraft aluminum’s different melting points of its primary alloysâ€aluminum, zinc and copperâ€made recycling it back to its original state irreversible. This didn’t deter Ofer Mizrahi, owner of Coverings ETC, a distributor and manufacturer “committed to seeking out interesting and exciting new environmentally friendly materials and solutions for projects with sustainable bioarchitecture incentives.

Ofer challenged several factories with the tough question of “What can be done with aircraft aluminum if it were thin? After much experimentation, the result was building tiles, sliced from blocks of melted aircraft aluminum which is similar to cutting quarried stone. Dubbed Bio-LuminumÃ¢â€žÂ¢, it is both 100% recycled and 100% recyclable. It made its debut at 2009’s International Contemporary Furniture Fair and launched in November the same year. 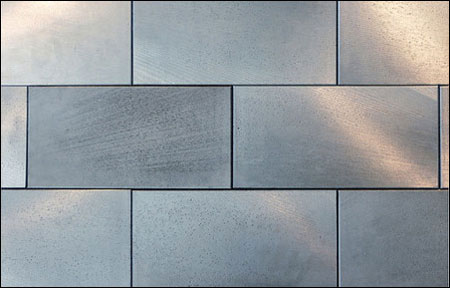 Beyond its “industrial aesthetic, unused airplanes, particularly their fuselages, have taken new flight as a new surfacing material, reclaimed and elegantly repurposed, from the industrial graveyard to your bathrooms, lobbies and architectural facades.