At this year’s Winter Olympic Games in Vancouver, one group of competitors at the podium is the Medals. Vancouver-based industrial design firm Omar Arbel Office won the project to co-design the coveted objects. Arbel collaborated with Corrine Hunt, a Vancouver-based artist of Komoyue and Tlingit heritage.

When undertaking a creation that is highly charged with publicity and politics, the original vision invariably evolves. This was certainly true of the Medals. The first concept was in the form of a locket, a part of which would be detached and worn as a pendent. To make each Medal unique, Arbel planned to adapt an ancient jewelry-production technique: 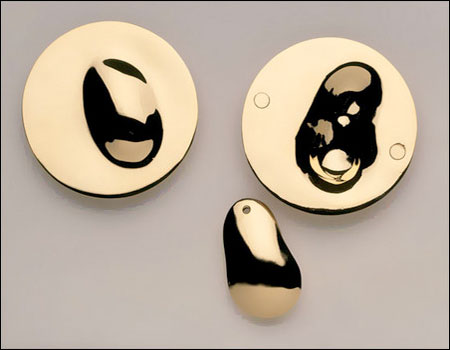 But the pendent plus unique production proved overly expensive. The next concept incorporated Hunt’s artwork composed of orcas and ravensâ€the motif of the Paralympics. With Hunt’s composition of motifs, Arbel then thought of stamping the medals out of large metal sheets with topographical undulations: 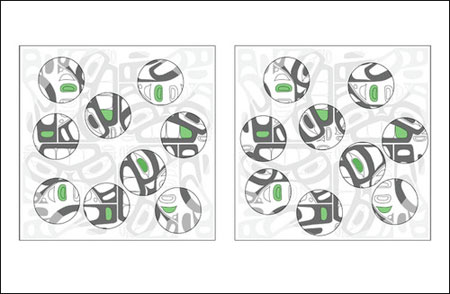 For the Winter Olympics motif, Hunt described the orca as “a beautiful creature that is strong but also lives within a community. She viewed the Olympics as a community, too: “The athletes may be training but they’re always somehow connected to their community, to their teammates, or to their country. The orca is a creature that has wonderful capabilities but can’t really survive without its pod.

The Paralympics’ motif of the raven, on a totem ascending, was in honor of Hunt’s uncle who is a paraplegic. Hunt was inspired by raven-lore: “I think the creativity of the raven gives us hopeâ€to accept when things don’t work out and really rejoice when they do.

Combined with Hunt’s nature-inspired shapes, the final result consisted of Arbel’s cost-cutting moves, including surface contrasts representing the B.C. landscape. A step in its precision manufacturing was “triple striking each blank [Medal] three separate times, with polishing and annealing (warming metal to make it more malleable) between each group of strikes to gradually form the medal into its complex final shape. Furthermore, each Medal contained some metal recycled from circuit boards: 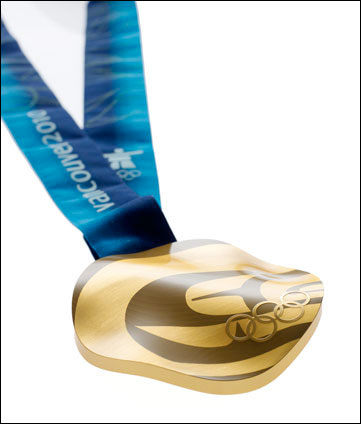 Coinciding Arbel’s and Hunt’s creative collaboration spanning two years, the Royal Canadian Mint produced 615 Olympic and 399 Paralympic medals from their headquarters in Ottawa, Ontario. Production began in July through November. This was the second time that the Mint made Olympic Medals. The first time was for the Montreal 1976 Olympic Games. Teck Resources Limited, a Vancouver-based mining, mineral processing and metallurgical company, supplied the 2.05 kilograms of gold, 1,950 kilograms of silver and 903 kilograms of copper used in manufacturing the medals. These metals were sourced from Teck’s operations in British Columbia, Ontario and Newfoundland and Labrador, as well as Alaska, Chile and Peru. 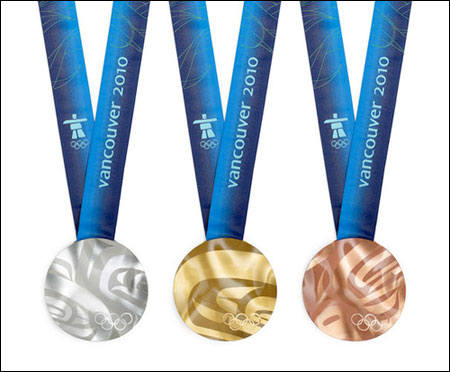 Though the Medals no longer reflected Arbel’s first conceptual direction, the Medals still make for a unique aesthetic statement winnowed down to restraint, an Olympic theme in itself.

Take a 360-degree interactive tour and a video about the making of the Vancouver 2010 medals.