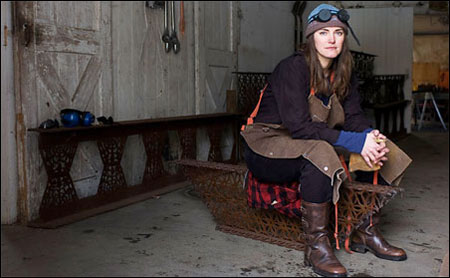 Image by Phil Mansfield for The New York Times 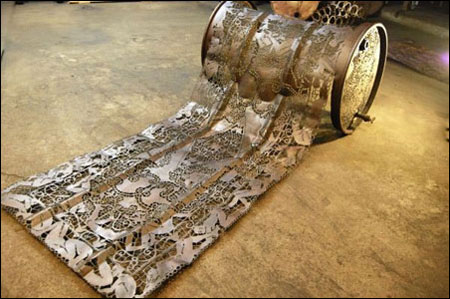 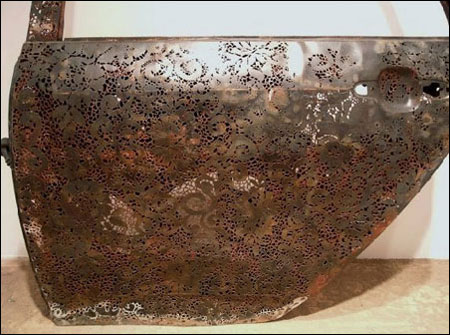 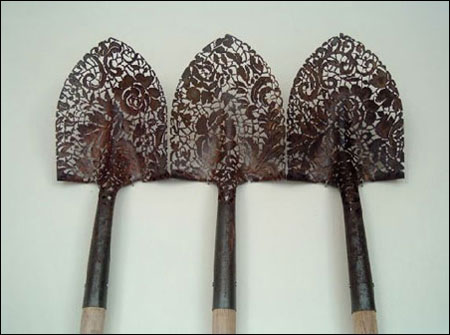 Cal Lane studied welding, which metals-based Sculptor Richard Serra described as “a form of stitching. On a five-acre compound in Putnam Valley, N.Y., owned by David and Diane Waldman of Rancho Mirage, California, Lane creates her artworkâ€and it has further elevated the quality of the property’s bucolic landscape. Another contrast that plays out here is the relationship between the natural and the artificial. For a female artist, who has “a close relationship with the boiler, her fine working in heavy metal is inspired creativity to behold.