It seems electric fever has even caught on among the makers of supercars at the Geneva Motor Show the likes of Ferrari, Porsche and specialist British sports-car maker Lotus wheeled out concept cars that could be in the showrooms within a couple of years. In practice they will have to because in the future car makers will have to comply with average emissions levels across their range so if car makers are going to continue to produce gas guzzling super cars they will also have to produce much more economical models to bring the range into balance. That’s the cynics point of view. But when you look at the models on offer you begin to ask why wouldn’t they bring them to market, subject to price (rarely a major hurdle for buyers of Ferrari’s or Porsches) the models on offer combine phenomenal performance with new levels of control and almost unbelievable fuel economy.

Take for example the Porsche 918 Spyder, it’s a hybrid in name but not like any Prius or Volt you may have looked at before. 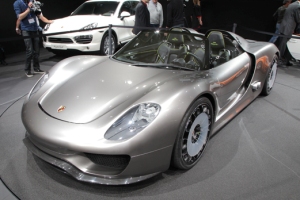 According to this report the 500 hp 6.2-liter V-8 mid-engine super sports car marries the petrol engine to an electric motor in Porsche’s own version of the plug in hybrid concept. Combined with the 218 horse power electric motor together achieves 78 mpg. This provides the raw power needed to propel it from a standing start to 100 km/h (62 miles per hour) in under 3.2 seconds with just 70 grams of CO2 emissions per kilometer. Power is transmitted to the wheels by a seven-speed Porsche-(get this for a name) Doppelkupplungsgetriebe (PDK) transmission that feeds the power of the electric drive system to the rear axle. However in pure electric mode it can cover a distance of just 25 km or 16 miles Porsche clearly isn’t expecting their clients to cruise silently round the streets in electric mode.

Porsche is also bringing out a hybrid version of their 911 GT3 and of the SUV Cayenne S. 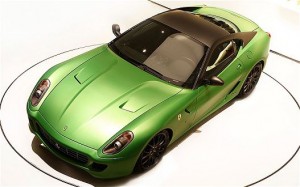 Ferrari’s offering uses regenerative braking developed directly from the Formula 1 race track to recharge the battery on its hybrid model helping the car achieve a modest 35% reduction in CO2 emissions. You will have to do better than that Ferrari, even little Lotus has brought out an experimental model named the Evora 414E which uses two electric motors each providing 400Nm of torque. 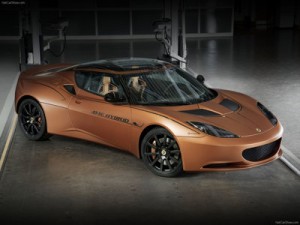 The car is fitted with a small range extending combustion engine which tops up the batteries if they look like they are going flat. A recent Economist article explains that going electric doesn’t mean you have to forgo the pleasures of a gearbox or the noise of a V8. The Evora has a virtual gearbox that replicates the jolts of acceleration and deceleration for those drivers who just can’t bear to part with their stick shift.

In short they are all at it and like it or not we will find in a few years that the showrooms of even the world’s most exotic car makers will have petrol engined and hybrid powered offerings if not outright all electric cars. Perversely the premium cost of a hybrid may find greater acceptance among the moneyed buyers of Porsches and Ferrari’s than among the rank and file buyers of Fords and GM’s for whom purchase cost is more important than total cost of ownership.