One of the British armed forces most stalwart helicopters over the years has been the little Lynx used by the Army and Navy for battlefield reconnaissance and maritime support since the late 1970’s. In 1986, a modified Lynx broke the airspeed record for helicopters, which still stands today. Naturally it has gone through various upgrades and improvements in the meantime but now the British MOD is placing a $1.5bn contract with Augusta Westland for 70 of the new version known as the Future Lynx AW159.

A lot has been learned not just in manufacturing techniques but more importantly in service and maintenance costs over the life of the aircraft. We caught up with Geoff Russell of Augusta Westland who kindly gave us a little insight into what the new model holds. The key difference from a structural point of view is the airframe. In Geoff’s words what has changed between the old Lynx/Super Lynx and the new AW159 is how we manufacture the aircraft. The airframe makes extensive use of monolithic machined panels in place of the traditional riveted rib and stringer type construction. This approach has drastically reduced the number of components and fasteners to be assembled and will reduce the amount of maintenance and inspections required while in service. 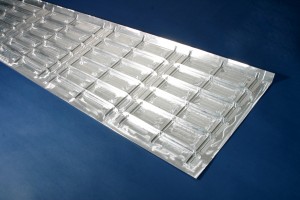 These photos are of tail structure components machined form a single block of metal. Although this method of construction has been used elsewhere, it has not been adopted to this extent and could become the benchmark for future helicopter design.   Augusta Westland expects cost savings in the manufacturing process and over the in-service life of the aircraft. 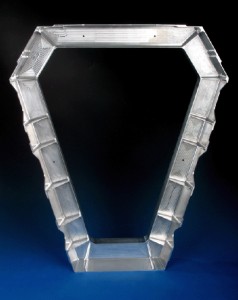 83 of the 147 primary structure monolithic machined components for the helicopter are being manufactured by Oldland CNC then delivered to GKN Aerospace for incorporation into the airframe prior to delivery to Augusta Westland.  The finished airframe prior to fitting external panels, engines, avionics etc looks like the following image kindly provided by Augusta Westland. 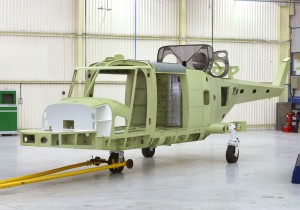