Past Typewriters Still Very Much Multi-Touch in the Present 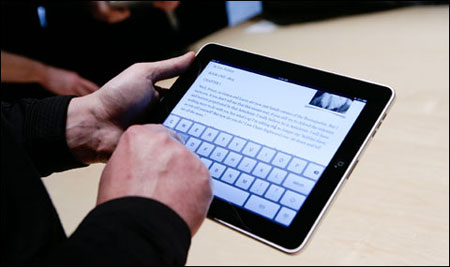 With the arrival of the iPad, virtual keyboards are becoming even more familiar. But as new technology reinforces the legacy and feel of technology that took precedence before it, physical keyboards remain familiar and fascinating to the touch. 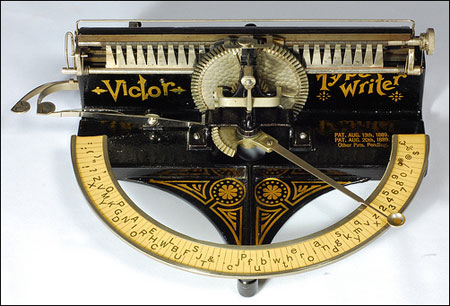 In the 19th century, Tilton Manufacturing Company, of Boston, launched the Victor Typewriter. Its distinct features include a semicircular wheel made of brass, divided with narrow radial fingers for each character, all set upon a sturdy cast-iron base. To type characters, each were selected by guiding fingers on a circular character index, then depressing a lever that would in turn move a small hammer. The hammer then imprinted the character onto paper with an ink felt pad, making the impression visible. 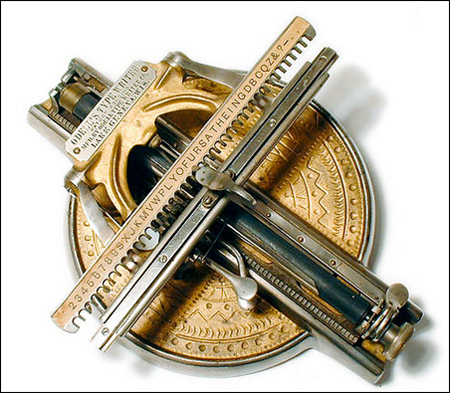 Sharing the early manual typewriter scene was the Odell 1, a linear index typewriter. Moving the linear type slide to the desired character and depressing it produced the print. Its sequel handled both lower- and uppercase characters.

These were one of the iPads of the time: 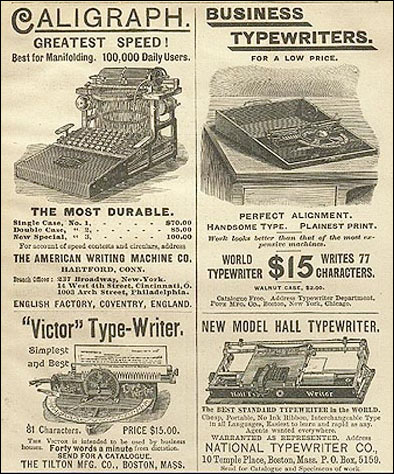 As the ad proclaims: “The Most Durable”, “Handsome Type”, “Simplest and Best”. Typewriter-exemplars like the Victor and Odell are, to borrow the iPad’s marketing, “magical and revolutionary”.

Images from Antique Typewriters and the Early Office Museum