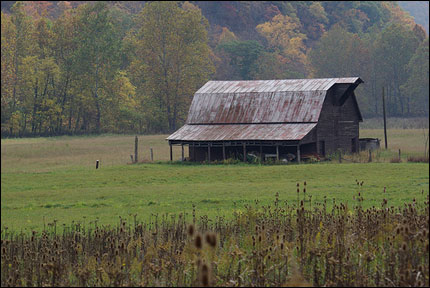 Mining means strong families. With each wave of news about the tragic events at the Upper Big Branch mine in Montcoal, West Virginia, emphasis was on the work that miners do to support their spouses, childrenâ€their families. When asked about the dangers of mining, Jessica Reed, a coal miner’s daughter said:

“I think it’s just one of those things where you just kind of have it in the back of your mind, but you don’t think anything is going to happen until it does. It’s not one of those professions that you can think about the dangers all the time, cause it’s just a way that you make a living. It’s a way to put your food on your table.

Reed went on to remember her father:

“My dad done it for 27 years, and we didn’t think like that. I didn’t ever think, well, when he went out to do a mine shift that he wasn’t coming back. He was going to work.

On April 9, the mine’s refuge chambers, which are big metal boxes that are airtight and sealed off, were discovered empty. Four missing miners were hoped to be found in these survival-equipped containers.

What the 29 miners did and why they did it were to fill their homes with necessities and comforts. Their work defined themselves and their loved ones. Reed expressed that the “coal mines keep West Virginia running. The miners’ dedication are rooted in the precious foundations of family and workâ€two major parts of life that serve each other and keep the heart running.