Home | Uncategorized | Enduring Form and Tool in The Pantograph
Commentary

Enduring Form and Tool in The Pantograph

Christoph Scheiner was a Jesuit priest, physicist and astronomer in Ingolstadt, a city in Bavaria, Germany. From 1603 through 1605, he taught humanities at a Jesuit school in the district of Dillingen. Scheiner invented the Pantograph in 1603. Some 27 years later, in 1631, he wrote and published Pantographice, which explains his invention. 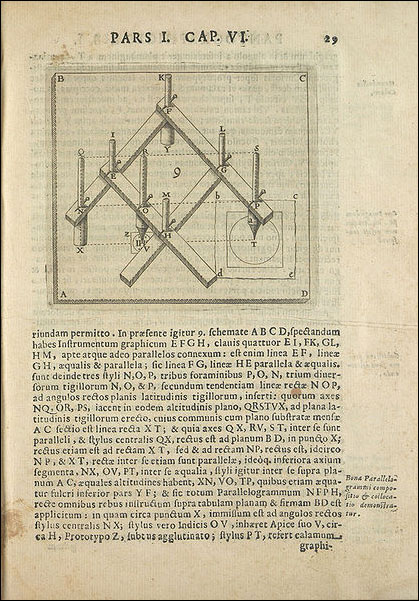 The pantograph is used to make a copy of a figure at a reduced or enlarged scale. The Canadian Centre of Architecture’s collection of drawing instruments includes a pantograph, made in England in the early nineteenth century. 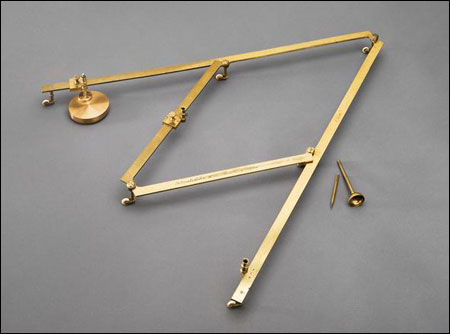 The description portrays an elegant instrument with smooth function, including its packaging:

“The lacquered brass instrument is engraved with the maker’s name and with standard ratios and scales to assist in its functioning. The pantograph includes a brass disc fitted with sharp points on its underside to hold the tool firmly to the drafting table, a stylus with which to trace an existing drawing, and a pencil holder that also accommodates a cup to hold a lead weight. Ivory wheels affixed to the articulated joints permit the instrument to move smoothly. A fitted mahogany case, lined with felt, protected the instrument within the office and during transport.

The pantograph has taken on divergent forms in mechanical design, like the overhead wired connections of electric trains, lever systems and windshield wipers. The poetry of shape and motion found in these modern inventions echoes its origin in the 17th century.

PREVIOUS POST:
US Domestic Steel Collusion Case Will it Change the Sourcing Landscape Part Two
NEXT POST:
US to Impose Duties on Imported Chinese Aluminum Extrusions