Home | Green | The Ugly Side of Lithium Cell Batteries

The Ugly Side of Lithium Cell Batteries

As a mother of two relatively young kids (almost 7 and almost 4), I tend to think we pay pretty close attention to product recalls and safety hazards. Though we had to return several Thomas the Train cars a few years ago (when we learned they contained lead paint) and had to stop using our Volo stroller (due to finger pinching dangers) I’ve always thought of our house as “relatively hazard free. We feel “lucky to have escaped the McDonald’s cadmium glass fiasco of last week. As a self-admitted neat freak, nothing gives me more pleasure than throwing something away (or recycling wherever possible). Though we had to clear out many of our drinking bottles (not BPA free), order anyone that cooks for our kids to “only microwave in glass or ceramic bowls and plates and try to limit the amount of time our kids interact with anything “digital, the reality is that we’re naÃƒÂ¯ve to think our home is “safe.

And now we learn that lithium cell batteries (the ones that look like these pictured below): 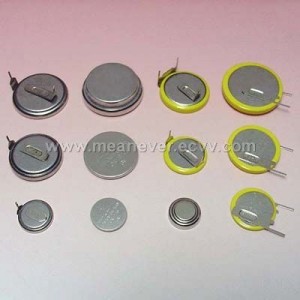 Button cell batteries appear in, “remote controls, toys, musical greeting cards, bathroom scales and other home electronics. Apparently, the battery’s current can set off an internal chemical reaction which impacts the esophagus and as the case of a 13-month old referenced in the Times post who had ingested one of these batteries, the current affected the aorta and resulted in the child’s death, even though doctors found the battery and surgically removed it.

Though the absolute number of fatalities involving these batteries remains low, according to the NY Times, “Data from the National Capital Poison Center in Washington found a sevenfold increase in severe complications from button cell ingestions in recent years. Moderate to severe cases have risen from less than a half percent (about a dozen cases per year) to about 3 percent (nearly 100 cases per year), based on a review of 56,000 cases since 1985.

The study’s recommendations included revised treatment guidelines to speed the process of removing these batteries from the esophagus, greater “vigilance for delayed complications and identify patients who require urgent radiographs. The Times article also quoted the author of the study who suggested that electronics makers alter the battery replacement backs for these household items to require the use of a screwdriver (similar to how most battery operated children’s toys work today). I can’t say I’m a giant fan screwdriver enclosed batteries but I’ll take it over the alternative.