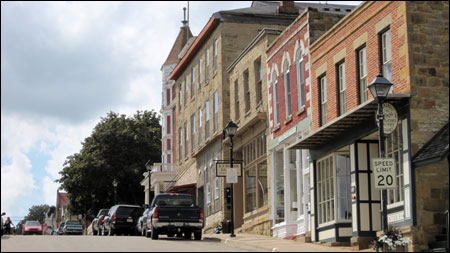 When recently revisiting the Little Sugar River Farm in Albany, Wisconsin, I took a trip to the nearby town of Mineral Point, one of the oldest communities in the state. It was first settled by Cornish miners, who were drawn to the discovery of lead, along with copper, in North America.

Lead was easily accessible in Mineral Point, which became a leading lead producer in the 1840s. But the 1848 California Gold Rush attracted lots of miners, including those from Mineral Point. The original stature of the town’s importance in lead was never re-established, although zinc and smelting industries flourished there through the 1920s.

The Mineral Point Zinc Company was founded in 1882. By 1891, it was the largest operation of zinc oxide works in the United States. 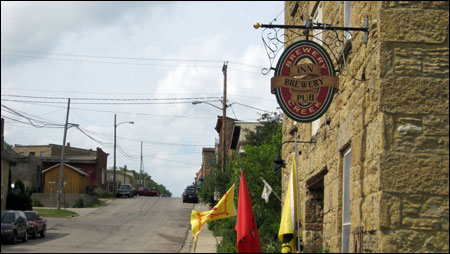 My first Mineral Point stop was at the Brewery Creek Brewpub. It was originally a warehouse, which was built in 1854 by George Cobb, who managed the Mineral Point Railway. Fast forward to 1998: the building was re-purposed and reopened as an English-style pub.

A few footfalls away is The Foundry Books, founded by Gayle Bull. The store’s specialty is material on the regions of Wisconsin and Western Great Lakes. But there are other finds among Gayle’s collection of rare books and maps. Her bookstore’s name was an inheritance of the building’s original use in 1847, when Lanyon Foundry crafted iron equipment for lead and zinc mining and transportation. The building has evolved into a bookstore in the new millennium. To Gayle, a bookstore is the building’s “true vocation.

From the bookstore is High Street. Both sides are flanked with small businesses like restaurants, art centers and collectible stores. A highlight is a guardian who has remained on watch over the town’s 130+ years of history. When the Gundry and Gray store (now for sale) was established in 1871, it carried the British custom of having animal statues help passers-by identify stores. Gundry and Gray’s Zinc cast Pointer dog keeps watch. 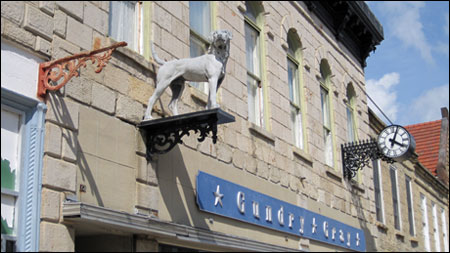 I was drawn to the town’s 19th century architecture. Though mining is the town’s past, its preservation is the town’s crowning presence. In 193435, a chance meeting between Robert Neal, a native of Mineral Point, and Edgar Hellum resulted in a movement to keep the town’s architecture as vibrant and intact as possible. Their attention was first given to preserving some of the old cabins (below image) built by the Cornish miners during the 1830s and 1840s. 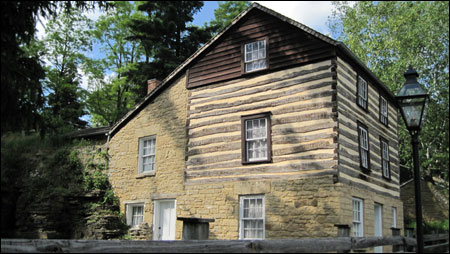 Neal’s and Hellum’s first restoration was called Pendarvis. The Wisconsin Historical Society owns the site, which serves as a museum of Wisconsin’s early lead-mining history, telling the stories of tools and the miners who used them and lived on the site.

This movement, established by Neal and Hellum, gained popularity during the 1960s and 1970s and continues today, with the growth of artistsâ€potters, painters, glass, woodworkers, sculptors, fiberâ€drawn to the town’s history and friendliness. Having more than preservationists’ care for a place’s character and survival is a legacy worth maintaining, for all places where such care is appreciated. 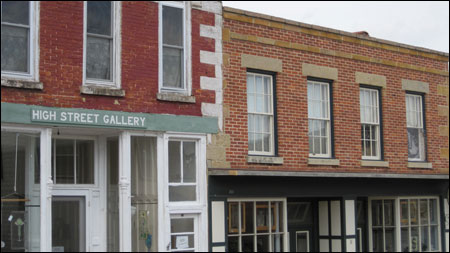 Here’s one visitor who is looking forward to returning to experiencing Mineral Point, a town whose authenticity has proven staying power.

PREVIOUS POST:
US Domestic Steel Collusion Case Will it Change the Sourcing Landscape? (Part Three)
NEXT POST:
Copper – How Much Further Does it Have to Fall?