Home | Macroeconomics | Aluminum Consumption Projections for China 2010 and Beyond

Aluminum Consumption Projections for China 2010 and Beyond

One of the most interesting sessions from last week’s 3rd Annual Harbor Aluminum Conference involved a discussion on using Western forecasting methods to determine aluminum usage (and particularly growth) within China. We attendees were treated to three points of view on the subject and each speaker presented some thought-provoking commentary. The first speaker, Paul Adkins, Managing Director of AZ China a consulting firm with a focus on the aluminum raw materials sector and who previously worked for both Alcan and Alcoa and set up the global sourcing office for Alcan in Beijing, provided some statistics in terms of the total available aluminum smelter capacity within China (estimated at 27m metric tons). But by far the most interesting element of his presentation involved the identification of what metrics aluminum smelters, planners and aluminum buying organizations ought to use to determine the rate of aluminum growth within China. Paul rejects some of the typical theories from aluminum use per capita, or GDP per capital models used by most analysts and instead offered a theory that “China will not quickly adopt Western consumption patterns. In particular he said, “Chinese people are becoming more modern, but not more western. So what does that mean from Paul’s point of view?

Paul rejected the notion that sector analysis (e.g. a comparison of use say in the US as compared to China by end use industry such as packaging, transportation, electrical applications and packaging) can be used to predict China’s aluminum consumption. Paul instead prefers looking at urbanization trends. He makes several points including the following:

He went on to include some charts to make his case. Whether one can agree with this analysis remains to be seen but it at least presented a different viewpoint. The other element of his presentation that I found of personal interest is that Paul lives in China so his perspectives are shaped by what he sees on the ground there. We should also point out that Paul does predict substantial aluminum growth within China but rates more in the range of 15-16% this year. He suggested the industry remains in substantial over-capacity and estimates the utilization rate at 60%. In a follow-up email he shared with MetalMiner last night, his team has reported several smelter cutbacks in particular 700,000 tons from Henan province (less than 5% of total China production according to Paul). The cutbacks will come from 13 smelters or 15% of total Henan province output. If other provinces follow suit, according to Paul, then the industry could be in for a major correction.

Separated by a few speakers but one with an almost exact opposite analysis of China aluminum consumption patterns came from Novelis Senior VP and Chief Strategy Officer, Erwin Mayr. Erwin points to several key statistics (one of which aligned with Paul’s comments) about the rate of urbanization within China (e.g. 60% of the population will live in urban areas) and he pointed to the fact that 1 of 2 people in the world will call China or India Ëœhome’ and will move away from poverty and into the economic mainstream. He swiftly rejected Paul’s analysis of aluminum consumption by presenting two pictures that he believes tell the story of future aluminum use within China specifically for “cans, cars, electronics, facades, food packaging etc. Here were the two pictures:

This one of Mumbai: 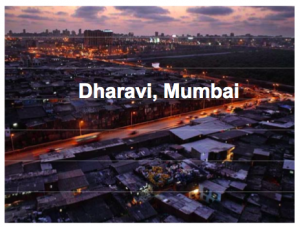 And this one of Shanghai: 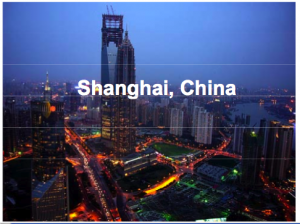 It’s hard not to agree with his point of view in terms of how they look at growth. Yet Erwin’s CAGR analysis actually showed a lower rate of growth for flat rolled products than Paul’s aluminum forecast (Erwin predicted a 10% rate of growth within China from 2010-2015 and an 8.8% growth rate for India). The rest of Asia he predicts will see flat rolled products grow at 7.3%.

In a follow-up post we’ll look at one more point of view.