Tata Motors Takes on Africa With the Mini Ace

The surprise isn’t that Tata Motors is setting up an assembly plant in South Africa, it’s that it has taken them so long to do it. The firm already has assembly plants in Thailand and Bangladesh and plans for the SA plant are low key at least initially with just 3-4,000 units annually. Tata exports about 2-3,000 trucks to SA now out of a global total of some 30,000 in 2009/10. The plant is for assembly of medium sized and small trucks of the type characterized by its hugely successful Ace mini truck. 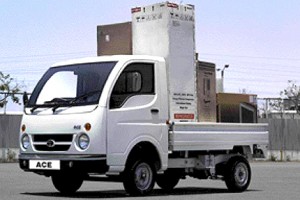 Powered by a small twin cylinder 16bhp IDI 700cc diesel engine suitable for both rural and urban use, the 4-wheeler has the ability to carry a variety of payloads in the sub one ton sector and is able to navigate narrow by-lanes owing to its tight turning radius.

The surprise is Tata isn’t exporting more. Their trucks, while much more sophisticated than 8-10 years ago are still simple and ruggedly built compared to say Japanese or European rivals yet that very simplicity coupled with their low cost makes them ideal for developing countries where roads may be poor and the sophistication of servicing limited away from major urban centers is patchy.

Tata Motors is the country’s largest commercial vehicles maker with more than 60% market share. The firm is looking at a 10-15% rise in domestic truck sales in 2010-11 according to a Reuters article and in 2009-10 it sold 373,615 trucks, up 41% from a year earlier. Competition is heating up in the sector though and Tata would be well advised to expand their overseas assembly and support network as western competitors team up with low cost manufacturers to compete in this growing sector. GM and China’s SAIC are entering the market next year with a mini truck and Nissan has a joint venture with India’s Ashok Leyland to also bring out a vehicle in 2011. Success in the Indian market will provide a springboard for sales overseas, particularly in Africa and parts of South America where a mini truck can double as a mega truck in the eyes of their owners! 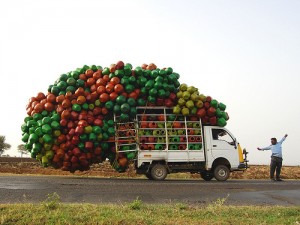