Chinalco Gets Into Rare Earths

China is intent on maintaining it’s dominance in Rare Earth Metals   or Rare Earth Elements (REE) while simultaneously reducing the environmental damage that a decade or more of rampant illegal mining has wreaked on the regions where deposits have been mined. Existing mines, some 123 of them according to a China People’s Daily publication, are being consolidated under the control of a few state owned mining majors. Inner Mongolia-based Baotou Steel Rare Earth High-Tech Co has led rare earth consolidation in Northern China, while Jiangxi Copper Corp and Ganzhou Rare Earth Mineral Industry Co are taking over operations in Sichuan and Jiangxi.

Chinalco the country’s largest aluminum producer is being encouraged by Beijing to develop new resources in order to ensure the country continues to have adequate supplies for years to come. Chinalco has started discussions with the Guangxi State-owned Assets Supervision and Administration Commission (SASAC) to develop rare earth mines and a processing plant in the southern Guangxi Zhuang autonomous region. 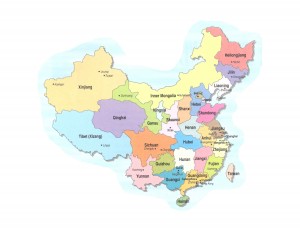 The People’s Daily says although 54.2% of the world’s rare earths reserves and 81.2% of the country’s production comes from just one location Baiyun Erbo Mine at Baotou, the world’s biggest rare earth mine in Inner Mongolia, China also has reserves in Jiangxi, Guangdong, Hunan, Fujian and Sichuan provinces. But this new deposit is in the south of the country and just adds to the picture of China’s abundance in RE reserves. Nor are Chinese ambitions limited to domestic sources. China Nonferrous Metal Mining (Group) Co Ltd dropped its bid for Lynas Corp last year complaining that Australia’s Foreign Investment Review Board conditions were too stringent. However, many saw the authorities move as a sound one, not wanting to cede control of a unique resource to a Chinese state entity when China already controls 97% of all RE supplies.

Not all the traffic is one way though. South Korea’s Posco and Korea Resources recently bought 60% of Yongxin Rare Earth Metal Co, a company in Inner Mongolia autonomous region this year for 59.76 million yuan ($8.8 million). The deal enables Posco to buy rare earth export quotas from other companies and export rare earth materials back to South Korea.

The challenge with RE is not so much the location of resources, there are several potentially economic sources around the world, it is developing the refining infrastructure and bringing commercially viable projects to the point at which they are delivering metals and salts to consumers within a reasonable time frame. Governments, investors and most importantly consumers appear to be finally waking up to this and doing something about it, it should prove an interesting space in the coming decade.