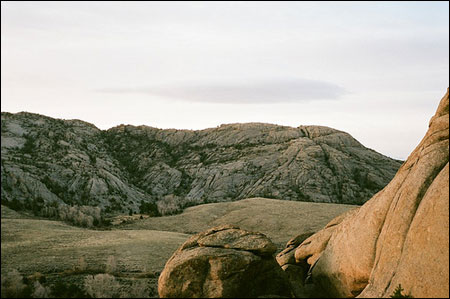 The never-waning rush to mine one of the world’s most popular metals was reported in a previous post about the Modern-Day California Gold Rush. A recent National Public Radio (NPR) News story told about abandoned mining sites soliciting for prospectors in Wyoming. In a Western locale whose official descriptor is “The Equality State, one area eager to attract new opportunists is Rattlesnake Hills (above).

When it comes to mining or buying gold, the results are quite uneven in the amount found, if any. Uneven especially in the dollar value determined. When NPR’s Planet Money team of journalists invested in a toxic asset and observed their investment fail, they decided to buy gold with the $449.06 left over from their starting principal of $1,000. They scouted for gold in New York’s Diamond District, which has benefited from the recent rise in gold prices.

But the gold in the vicinity of their price range was “a shiny thin coin a little bigger than a nickel costing $419 from a stall called the “Gold Standard. After their gold shopping spree, the Planet Money team spoke with wealth manager Dennis Gartman. To him:

“Lots of people buy gold because they’re worried about inflation. They’re worried the dollarâ€and the euro, and the yenâ€are going to lose value.

For those people, gold is like another currencyâ€one that central banks can’t print at will. Who cares if it’s just a metal? If everyone buys gold because they believe it’s valuable, then gold is valuable.

To the Planet Money team, Gartman was addressing the idea of gold. His ultimate advice was to not try making sense of it. This helps perpetuate gold as a goalâ€a metaphysical metal, a shiny idea that never loses its luster. It symbolizes an ideal: too appealing to resist whether you’re in Rattlesnake Hills, Wyoming, or New York City. Striving for that ideal is like sifting for any sign of goldÂ¦and striking it. Then sifting again. It’s a senseless act.

PREVIOUS POST:
Just How Much is ArcelorMittal Making Out of Steel Production?
NEXT POST:
China Applying the Pressure on South Korea and Japan in Shipbuilding