Home | Precious Metals | No Shortage of Platinum or Palladium
Commentary

No Shortage of Platinum or Palladium

Johnson Matthey published a report available for free download on their website this month that makes for fascinating reading. The main thrust of the report, written by R Grant Cawthorn, a professor at the University of the Witwatersrand is that for each 1 km of depth into the Earth in South Africa’s Bushveld Complex, there is in the order of 350 million oz of platinum. For comparison, annual production of platinum from the Bushveld Complex currently is only around 5 million oz, meaning that one resource, admittedly the world’s largest, has enough reserves to last seventy years. It pays here to make a distinction between the different definitions of reserve. A mineral Ëœreserve’ is an ore body for which adequate information exists to permit confident extraction. For that the company needs detailed drilling records, assaying and sampling to a rigorous standard. Funding is normally only raised on proven reserves. A mineral Ëœresource’ is an ore body for which there are reasonable and realistic prospects for eventual extraction and can be further subdivided in varying levels depending on how well proven the resource is.

A Mineweb article based on the same report analyzes Anglo Platinum’s reserves and resources, and concludes the world’s largest miner of PGM’s holds 170.5m ounces of PGM’s in reserves yet mines only 2.5m ounces per year. In addition, it holds some 632.3m ounces of PGM’s in the resources category, potential enough for some 167 years. Compare that to many of the world’s largest copper, lead and zinc mines that could be exhausted within 20 years.

Of course longevity is a function not just of reserves but also of price and demand. As the price rises, less economical deposits become viable swelling the available resource base. But equally important, as demand rises quickly, for example, through the development of new technologies demanding a particular material then the rate of production needs to rise to meet it. In the case of platinum and palladium, the main demand is coming from catalysts in autos and the chemical industry, and although small at the moment, growing demand from the investment community via physically backed ETF’s. 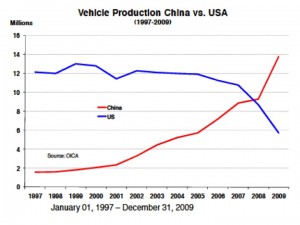 Auto demand has yet to come back to its pre crisis levels in North America or Europe but in emerging markets, demand is rising fast. Indeed China has now taken over from the US as the largest single car market in the world. 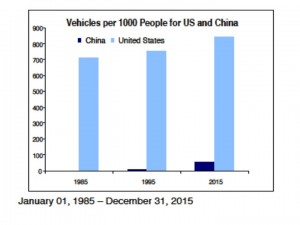 As environmental emission standards rise so will the demand for PGM’s to catalyze the removal of hydrocarbon and nitrous oxide content of exhaust gasses. By all reasonable projections though PGM reserves are going to outlast our gradual migration from hydrocarbon fueled cars to electric.