Home | Commodities | QE2: In the Currency Game, How do You Play With a Cheater?
Commentary

QE2: In the Currency Game, How do You Play With a Cheater?

A conspiracy theorist I am not, but sometimes, after a good night’s sleep, my mind goes a little wonky (my new favorite word). It all started when I read this article from Reuters entitled US Dollar Printing is Huge Risk China C Bank Advisor. Commenting as an academic advisor to China’s Central Bank Monetary Policy Committee, Xia Bin said, “We must keep a clear mind. We must not lead the world in financial regulation, nor simply follow the deeds of mature economies. We must think ‘what is good for us.’

The comment strikes me as ironic because it’s hard to see how China has acted in anything less than its own self-interest (by the way, no value judgment there — self-interest isn’t a bad thing; in fact, it’s quite supportive of capitalism). The Reuters article goes on to say, “China already has a regime of tight capital controls in place, limiting its vulnerability to the wave of liquidity that analysts say U.S. easing could push towards emerging marketsÂ¦By closely managing the yuan’s exchange rate, Beijing has also been able to blunt appreciation pressure in the face of a weakening dollar.

And though many in the banking industry believe this QE2 to be foolish, here is an example of the tone of what many are saying along with a couple of points we have seen peppered throughout the media: 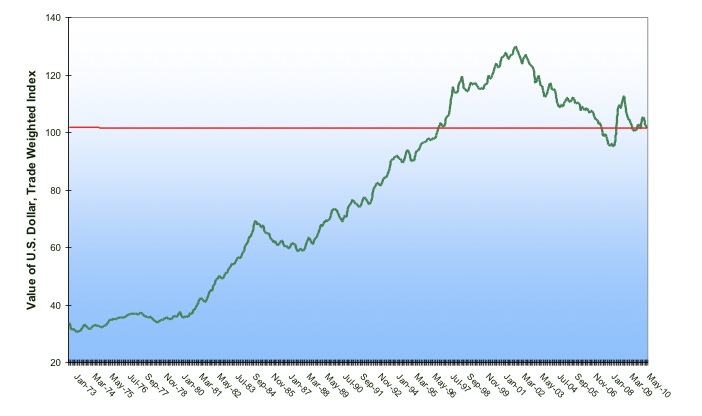 So, whether you think that QE2 is the latest attempt by “our government to pop that diet pill or hope (and pray) for a silver bullet in the form of a new asset bubble (after all, we’ve tried dot com, construction and now government in the form of health care as examples of failed asset bubbles thank you RR!), let me lay out my Ëœwonky theory.’ If you agree that China is a currency manipulator, we believe this to be true as we have previously examined the numbers here and here and here (note this data comes from the Fed, lending credence to our conspiracy theory to follow) as the Chinese will readily admit that “Beijing keeps its financial markets isolated from global capital flows and tightly controls the exchange rate of its currency, the yuan, which has risen more slowly against the U.S. dollar than some other Asian currencies such as the Thai baht, according to this AP article. The Fed has made a brilliant strategic move for the Obama Administration and Congress.

That move is to effectively shut down the “currency manipulation debate with China.

How? First, it’s a great policy of Guanxi because we can now avoid a direct confrontation with China, whether it occurs at the WTO, via the State Department or a Congressional legislative debate. You see, if you run the printing presses as we are, we get a devalued currency. In other words, if China refuses to raise their currency, we can just lower ours. In fact, we just did. Discussion over.

Do two wrongs make a right? Probably not, but you can’t play by the rules if your opponent is cheating.