Metal, Speed and a Mighty Dash of Salt 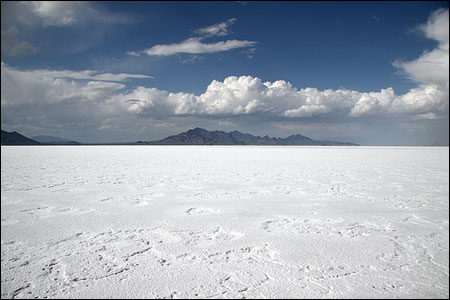 Sodium chloride, 100%. Sounds unhealthy, even void of life. But it’s a key ingredient to the experience of thrill-seekers. In northwestern Utah, there is a combing expanse of densely packed salt called the Bonneville Salt Flats. Besides serving up a visual wonder, it delivers another important purpose: Speed.

In fact, part of this landscape is dedicated to the sensation of flying tightly to the earth. The “Bonneville Speedway, near Wendover, is marked for motor sports. It attracts large public meet-ups of admirers who anticipate marked paths and timed miles. Photographer Christopher Wilson’s series “Speed Week is a record of extreme flight by drivers and vehicles. 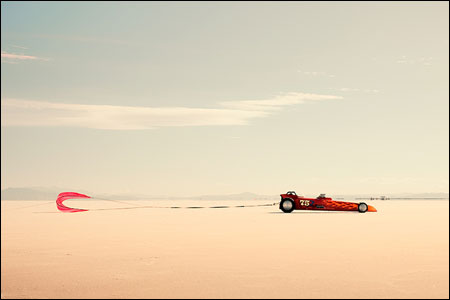 There’s a vicarious connection to George Lucas’ 1973 film “American Graffiti whose notable actors were a 1932 Ford Coupe, 1955 Chevy and 1956 T-Bird, among other shiny objects on wheels. Instead of trolling through the urban terrain, the Bonneville vehicles accent the fields of salt, seasoning it to a road-tested polish. 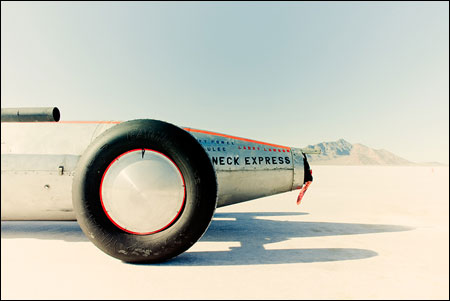 Too much salt is proven to be bad for one’s health. In Bonneville’s case, salt helps satisfy the thirst for lightness.