Best Of MetalMiner 2010 China and Metals 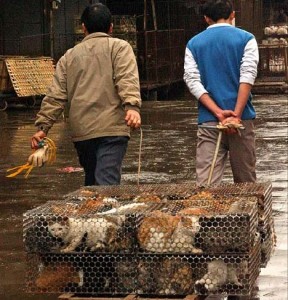 Unlike the promotional Las Vegas slogan, what happens in China most certainly does not stay in China. Instead, Chinese actions and events have a tremendous effect on the global economy. With that, here are our favorite 2010 posts dealing with China:

The most recent post, and perhaps the one with some of the furthest-reaching implications, explores China’s indiscriminate hacking into US manufacturing firms’ computer systems, as highlighted by the now infamous WikiLeaks cables and several sources close to MetalMiner.

Early on in the year, Lisa outlined why metal buyers should pay attention to Chinese equivalents of economic indicators such as PMI this has proven massively prescient, as the latter half of 2010 saw metal demand predominantly driven by Asian emerging markets.

3. “China’s Metal Import/Export Figures Not What They Seem

Stuart leads with “As always, there is a lot of conflicting data coming out of China. He gets to the bottom of the import/export confusions with this incisive analysis.

4. “China Has a Competitor to Boeing and Airbus

An interesting look at the Chinese C919 aircraft to be launched in 2016.

5. “China Bidding for High Speed Rail Projects in the US

Chinese railways: dirty and unsafe about sums them up. But with greater amounts of money to throw around, the Chinese are growing their domestic rail reach while also bidding on rail projects in Saudi Arabia and the United States.