If you’re in the electronic solder or food packaging business, or if you buy tin for plating (among other applications), prepare to be paying more for the metal in 2011. If recent supply-side issues are any indication, worldwide exports might be very constricted in the first half of this year.

Sure, Indonesia has said it will get back in the producing game, and as the world’s No. 1 exporter, intends to roll out 90,000 tons of tin in 2011 after quite a shortfall. The country reported a 12.3 percent drop in production in 2010, to nearly 79,000 tons, according to Reuters. 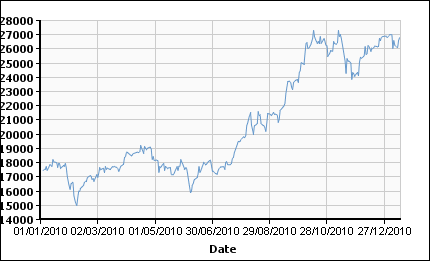 The LME’s warehouse stocks counted 16,890 tons on Jan. 11. (Also, ETF Securities, having released a physical tin ETF late last fall, reported that “warrants for 80 tons of tin have been bought as of Dec. 22, 2010, but growth has been moving slowly.)

There may be a chicken-and-egg situation here, however: If the price drops, then the producers may take more production off stream but then, if they’re not producing and supply drastically drops due to any number of external factors, then the resulting tightness pushes prices higher, thereby inflating cost of production.

China and Peru, the world’s other leading tin producers, dropped production in the second half of 2010 as well. China’s power issues, stemming from energy costs, forced several smelters to halt output. In Peru, “October (2010) tin-in-concentrate production amounted to 2,417 tonnes, 25.2% lower than in the same month last year. Cumulative production in the first 10 months of this year has fallen by 7.7% to 28,979 tonnes, according to the International Tin Research Institute. High prices are spurring companies in other tin-producing nations Malaysia, for one to begin securing new licenses.

“Tin prices could potentially hit record highs at around $30,000 a tonne next year before falling sharply back as producers ramp up output, consumer goods group Henkel told Reuters in a Dec. 8 interview.

This increased production could have volatile effects in 2011. The biggest problem would be that the hurried push for output ends up in oversupply, essentially lagging behind the price, and desperately trying to catch up to capitalize on $30,000 tin. However, getting (especially new) production on stream takes a long time where will demand be when there’s enough global tin stock to meet it?