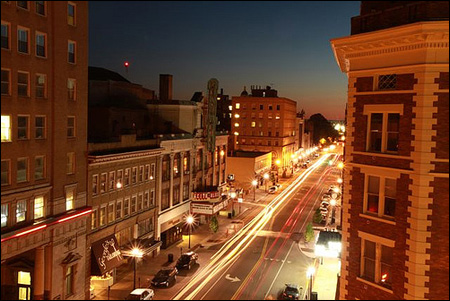 Located on the far western side of West Virginia, Huntington is another place with strong roots in metal. When founded in 1870, it was a railroad town. Soon steel and transportation grew into dominant industries. More recently, services, such as health care, are the city’s growing areas of business. Yet employment remains strong in construction, mining and manufacturing, with AK Steel being one of the largest employers.

Aside from indulging my interest in metal, my first-time visit to Huntington, West Virginia, encompassed other tried-and-true elements: Glass, Grass and Goodwill. 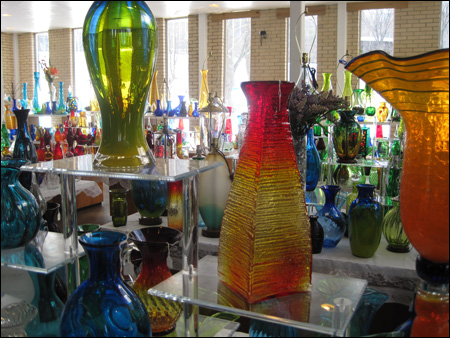 In the nearby town of Milton is the Blenko Glass Company, founded by William J. Blenko in 1893. It became an exception in the U.S., offering mouth-blown and handcrafted glass, which was an almost exclusively European production at the time. The business now spans four generations. 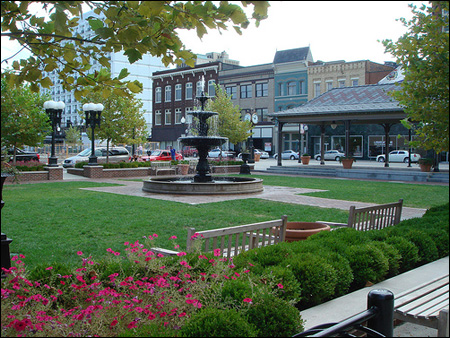 Across the street from the Pullman Plaza Hotel stands Pullman Square, a retail and entertainment complex. It was finally constructed and opened in 2004, having been planned during the 1970s with the removal of four city blocks. It’s part of numerous projects, collectively dubbed Superblock, to improve the city. 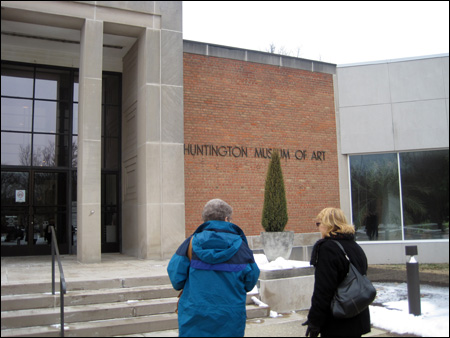 Nestled in the nearby hills, just a short driving distance from the Hotel, is the Huntington Art Museum. It’s a small space, but big in its collections with works by African-American, Asian-American and Hispanic-American artists. Paintings by Elaine Blue, who depicted the earthquake in Haiti, were on view, in addition to hand-carved wooden sculptures by Edgar Tolson, Carl McKenzie, Earnest Patton, and Donny Tolson. Integrated into the museum is a garden conservatory with a site-specific glass sculpture created by Dale Chihuly. 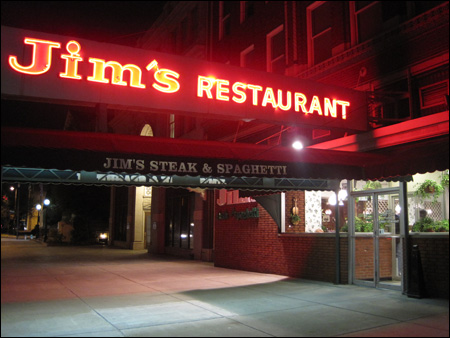 I wrapped up the visit to Huntington with a meal at local treasure Jim’s Steak & Spaghetti House, founded by Jim Tweel in 1938. The founder’s daughter Jimmie greeted everyone. Another special meeting was with her 90-plus year-old mother Sally, who happened to be there and gave a great piece of advice: “There’s nothing to it. Just do it. She also gave us a silver dollar (below), a tradition practiced with newcomers. Hard work and hospitality are her husband Jim’s specialtiesâ€a noble practice that he has passed on to their daughter Jimmie and their many long-time employees. 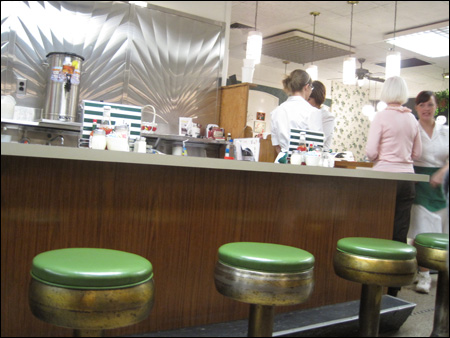 In returning to the Pullman Plaza Hotel, my memorable impression of Jim’s restaurant was further reinforced by the hotel staff, who contributed more intriguing tales of both the restaurant and Huntington’s history. 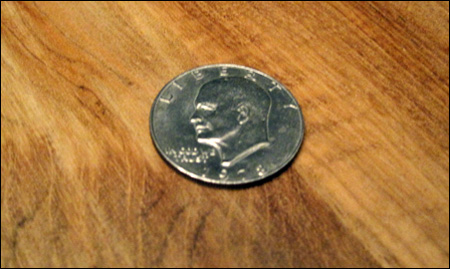 PREVIOUS POST:
Tantalum Prices About to Go Through The Roof?
NEXT POST:
Copper and Gold Mining Underwater