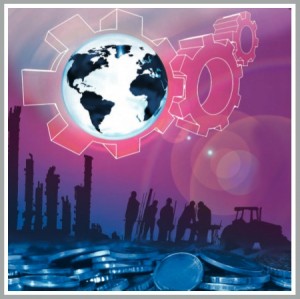 Pascal Lamy, the director-general of the WTO, has been a busy guy of late. No sooner did the World Economic Forum wrap up in the hoity Swiss ski-spot Davos, the Global Commodities Forum in Geneva (home to the WTO) got going, with Lamy making the inaugural address.

Put on by the United Nations Conference on Trade and Development, the GCF brings together ministers and high-level government officials in charge of mineral resources, corporate leaders in the area of hydrocarbons and metals, commodity trade and finance, academia and NGOs working on “commodity problematique, according to their Web site. (You may have guessed that this forum is mainly Euro-centric, with a degree of support from China.)

The major concerns: not only sustained price increases, but unforeseen price volatility. “In general, the ascent in prices is likely to be most pronounced for crude oil, due to contracting global inventories, copper, gold, corn, and soybeans, Lamy said in the first of a number of high-profile speeches. He cited “lingering sovereign risks, fears of policy mis-steps in high growth economies, and bouts of a strong US dollar as the stew of challenges that face markets in the coming decade.

Lamy hit on a number of points that spoke to reducing volatility as much as globally possible; significantly, his speech was an explicit endorsement of the Doha Round talks and their potential to even out the trade landscape between rich and poor countries. Lamy especially emphasized reducing the man-made tariff restrictions such as tariff peaks (which discourage the developing world from industrializing), tariff escalation (“It hurts commodities that range from cocoa all the way to metals), export taxes and restrictions. Other speakers echoed Lamy’s lead.

Banks seem to be in the crosshairs of political leaders and analysts alike. Nicolas Sarkozy, president of France, criticized the speculative actions of global bankers as the primary reason behind commodity volatility over the weekend at Davos, the UK’s Guardian reported. The health of sovereign states and banks are strongly, intertwined, indicated Barrie Wilkinson, a partner at the consulting firm Oliver Wyman, in a recent Bloomberg article. While essentially a “nobody attending the WEF events at Davos, Wilkinson recently published a report detailing that if banks don’t deleverage themselves via accepting lower ROEs (returns on equity), they may fuel a new bubble by chasing high returns in commodities or emerging markets, and the world could be facing an unavoidable crisis come 2015. “The fundamentals haven’t been addressed at all, Wilkinson said. “The things that caused the previous crisis loose monetary policy and trade imbalances they’re actually bigger now than they were then.

Banks and other independent organizations a la the WTO and UN must work together to create a global balance. An environment that only serves a certain few developed nations (or certain emerging economies) cannot sustain itself in the long term. While keeping a close eye on governments such as Ireland, Portugal and Spain, other nations in the Eurozone and beyond must take steps now to insure against not only future volatility, but also against future global crashes as well.