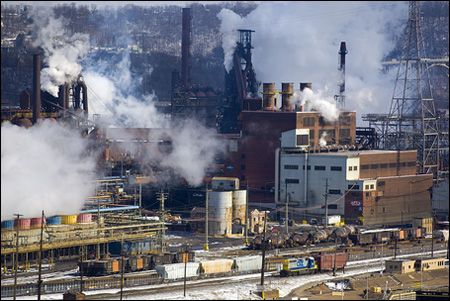 Edgar Thomson Steel Works is located on the historic site of Braddock’s Field. It survived the Pittsburgh area’s steel-mill closures of the 1970s and 80s. Nine hundred people are currently employed at the workplace, accounting for 28 percent of US Steel’s domestic production. Photography by John Ireland.

Braddock is a suburb of Pittsburgh, Pennsylvania. It has become a media darling in recent days thanks to John Fetterman, who became the town’s mayor in 2005 and was re-elected in 2009. He’s bent on making Braddockâ€which rode high on the steel boom from the late 19th century, only to tumble when the American steel industry collapsed in the the 1970sâ€into a better place. Despite being dubbed “America’s Coolest Mayor, Fetterman encounters people who disagree with his personality or approach and may call him the mayor of “not playing nice with others as reported in recent The New York Times’ piece “Mayor of Rust. But trying to give a locale a much-needed pride boost in order to reverse residual neglect is bound to make for a bumpy ride. 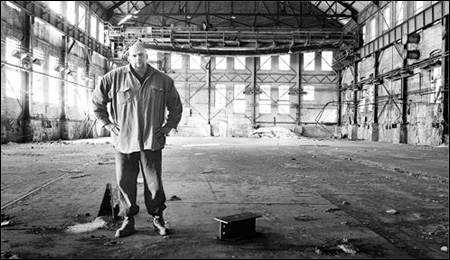 Fetterman’s efforts have earned Braddock positive media attention with projects like an arts center, an urban garden and other community and green spaces, plus repurposing abandoned buildings. These efforts have likewise attracted young urban movers and shakers. As these progressive changes unfold, Fetterman states he just wants to be “useful. This is as straightforward as it gets, and there’s something to be said about someone who wants to try, simply for the sake of not leaving things as they are, when a little better is better than zero.

Find out about Opportunities in Braddock, Pennsylvania.

PREVIOUS POST:
Detroit No Turning Back On the Road to Ruin?
NEXT POST:
Aluminum Replacing Copper in Automotive Applications