Home | Ferrous Metals | Detroit No Turning Back On the Road to Ruin?
Commentary

Detroit No Turning Back On the Road to Ruin? 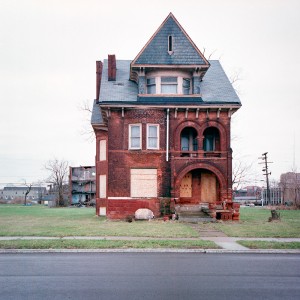 As someone whose grandparents took part in the white flight out of Detroit after the riots of the late 1960s, I have an intimate visceral reaction to any stories of the city declining into inevitable obscurity. As Ford, Chrysler and other heavy manufacturing operations left town, the tax base began crumbling and schools and services suffered. This week, one of the most groundbreaking statistical examples of Detroit’s sad state came from the 2010 Census.

According to the Census Bureau, Detroit lost 25 percent of its residents in the last decade. That means slightly more than 237,000 people left, leaving the current population at 713,777, making it the second-largest percentage decline over the past 10 years. That’s the lowest it’s been since 1910, making Detroit the only city in the nation to have broken the one million mark, then dipped below it. 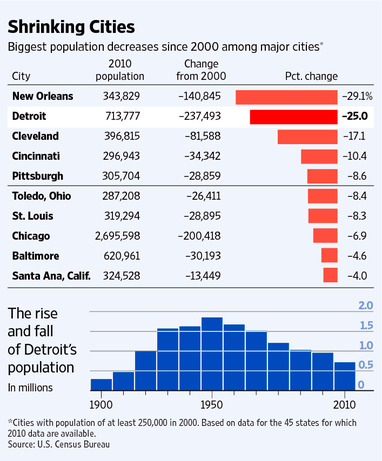 Starting with Ford’s Mack Avenue and Piquette Assembly Plants in the early 1900s, the city has been synonymous with churning out vehicles, planes, tanks and a whole host of manufactured goods within its borders. But outlying areas quickly began replacing Detroit as an industrial hub, and once you began adding in touch economic times, there was no turning back.

Detroit Mayor Dave Bing and the city’s administration will try to appeal, decrying a census undercount, but it will likely not do much such appeals have failed before. So besides reduced legislative representation at state level and less funding at state and federal levels, will there be any further industrial impact?

While the majority of auto assembly and production takes place outside the city’s borders, US Steel and Thyssen Krupp still run mills in Detroit, and most steel works are located “downriver south of the city center along the Detroit River. (Severstal runs a plant out of nearby Dearborn.) But facing a diminished domestic steel sector (caused by plateaued domestic growth), the workers represent only a fraction of Detroit’s manufacturing workforce. I’d venture to guess that most of them live outside Detroit. For businesses outside steel production, the suburbs also look much more attractive. Distributors have set up shop in areas like Oak Park and Ecorse, and regardless of whatever tax incentives the city or state could offer, the dismal census figures reflecting the worsening urban blight are unlikely to convince businesses and manufacturers to move into a deserted city.

“We have seen growth in the defense and service sectors, and if you go down M-59 [in neighboring Macomb County], you can see the business growth of over 1,000 businesses as well as expansion of hospitals taking place,” Steven Cassin, Macomb County director of planning and economic growth, told Crain’s Detroit Business.

Even though Macomb and Oakland counties are seeing increases in white, black and ethnic populations, Michigan as a whole was the only state to report a net population decrease (-0.6 percent) from 2000-2010 according to census figures. The bright side of things, according to many sources, is that artists and other start-up entrepreneurs have begun to move in. But with the state unemployment rate still one of the nation’s highest, there doesn’t look to be a broad-based, near-term solution for the Mitten State and especially not for the Motor City.