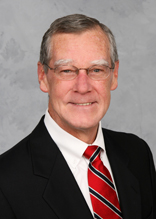 When it comes to the long-term view of the ups and downs in the copper market, it can be argued that John Gross has it covered.

As China’s monster copper appetite stagnates a bit and the world’s copper producers gather at the CESCO conference in Santiago, Chile, the red metal is an extremely hot topic this week. Gross has been involved with copper for more than three decades, running the gamut from metal buying, brokering and trading, to having served as director of the American Copper Council and member of the COMEX Advisory Committee.

As current president of Rhode Island-based J.E. Gross & Co., Inc, a metals management and consultancy firm, Gross also publishes The Copper Journal, once a print-based industry newsletter and now an online site featuring data-driven price and inventory charts. He founded the CJ in 1989.

I spoke with Gross to get his take on where copper has been and where it is headed.

METALMINER: What do you consider to be your specialty within copper consulting?

MM: So the Copper Journal has been running since 1989 what has changed in the industry and what has stayed the same?

JG: If we were to look at the industry, and the significant changes over the past 20-30 years, we’d have to take the US industry as an example. The number of US producers has declined very dramatically. There were 9 or 10 primary producers in the US in 70s and 80s, such as Kennecott, Freeport-McMoRan, and ASARCO. Whether companies closed down, or whether they were acquired, the [bottom line is] the number of producers has declined. On the secondary side of the market (in the early 80s), there were five major smelters of copper scrap, and today there are none! The same result has applied to the consumer side of the business.

What has remained the same is the mechanical structure of the market; the pricing mechanism within North America for the most part, with COMEX as the base price mechanism. But floor trading has dwindled considerably. It’s part of the evolution of the industry. Also, despite the ebb and flow of the economy overall, copper is the single most important industrial metal in the world. Volume-wise, copper is third compared to steel and aluminum, but it’s still more important.

MM: Where do you stand on the issue of substitution (e.g. aluminum replacing copper)?

JG: Any time you get a run-up in price, like in the 70s and 80s, the issue of substitution comes to the surface. Indeed, there are many areas in which this can occur. The price of copper is almost three times the price of aluminum, so where a company can use aluminum in wiring, for example, or in auto applications, that would be an economical alternative.

MM: Your thoughts on how China plays into the copper market these days?

JG: If we go back prior to 2010, the US had been largest producer/consumer of primary copper in the world, and in 2002, China overtook the US and has grown dramatically. China accounts for 40 percent of global copper demand, and to verbalize the obvious, it will continue to have significant impact on the market. But it becomes a question of the rate of growth that will be in place. China has been working to slow growth to some degree. We’ve seen reserve requirements put in place over the last several months, and we’ve had interest rate rises. Long-term trend is continued growth. Last year, it grew at slower rate. The other major issue is we don’t have good, solid statistics out of China. There’s [hardly any] transparency. That won’t change anytime soon.