Scientists with the University of Southampton experiment with the bright antimicrobial future copper may offer. Source: http://www.antimicrobialtouchsurface.com/

Although some copper producers and distributors are becoming increasingly scared that lax Chinese demand for the metal will lower prices (and cut into their profits), some niche markets are looking to considerably up their copper spend.

The potential of copper and copper alloys to fight highly infectious diseases is groundbreaking advance in the battle against methicillin-resistant Staphylococcus aureus (MRSA) bacteria in hospitals. This opens up a key market for copper distributors to sell to. In fact, the US government even approved and distributed funding to further the research on the antimicrobial properties of copper back in 2007. A couple studies explored the use of copper surfaces to reduce pathogens, and copper could improve airborne germs in ventilation and heating ducts. 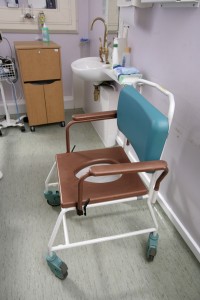 Just this week, the Copper Development Association (CDA), the International Copper Association and the European Copper Institute joined forces to sponsor an experiment showing how MSRA dies on copper surfaces. Basically, drops of liquid containing between 1 and 10 million bacteria were placed on copper and stainless steel surfaces. University of Southampton professor William Keevil oversaw the procedure, in which the drops were colored with fluorescent green dye. The quicker the fluorescence fades from the liquid, the more “antibacterial the surface it’s on.

This could be a huge deal for the future of copper. So far, the EPA has approved and registered more than 350 copper alloys, bronze and brass among them, as “antimicrobially certified. The complete list of approved alloys can be found here. 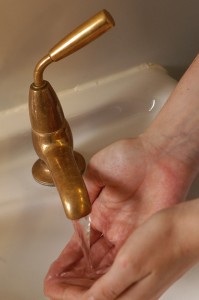 According to Keevil, copper’s natural antimicrobial properties are the key reason behind this germ-killing campaign (stainless steel cannot kill germs the way copper alloys do). Here’s how he describes the science behind it in the New Scientist:

“The direct effect comes from the release of copper ions which degrade the DNA of a cell and inhibit its respiration. The indirect effect is even more rapid. On a dry surface, copper interacts with the bacteria’s metabolism to generate very potent free radicals, which are even quicker than copper itself at destroying the DNA and inhibiting respiration.

The concept seems relatively simple: Bad germs + refined copper = Problem solved. But the effect on the copper market and, more importantly, its degree is, so far, is still largely unknown. The sheer size of the population that this problem reaches could certainly warrant demand for large amounts of copper supply: according to the Centers for Disease Control as cited by the Copper Development Association, health-acquired infections are the fourth-leading cause of death in the US, and are directly responsible for $47 billion in health care costs.