“Basically, that is my subject: I use steel to organize space. Richard Serra’s sculptures speak to his objectiveâ€in volumes. This artist takes on subject matter in an all-encompassing way, as realized in his physical works. 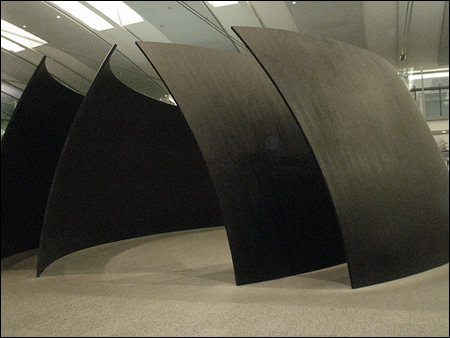 Serra’s objective of steering steel toward an organization of space is shared, figuratively, in his paintings. They surprised meâ€I have only known of his sculptures. While Serra’s sculptures express topography, his works on canvas express typography. The ultra-bold strokes form a sculptural composition that both commands your attention and provokes a steady gaze. 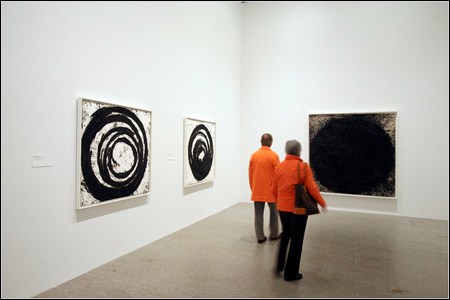 Like his sculptures, the substance of Serra’s drawings escapes flatland. Their minimal sensibility confronts you with a formidable impression.

PREVIOUS POST:
Do War Dogs Have Titanium Teeth? No – But They Have Some Sweet Metal Gear
NEXT POST:
China and Inflation: The Drivers and Effects