Home | Non-ferrous Metals | The Afterlife of a Military Base: Chinati in Marfa, Texas
Metal Appreciation

The Afterlife of a Military Base: Chinati in Marfa, Texas 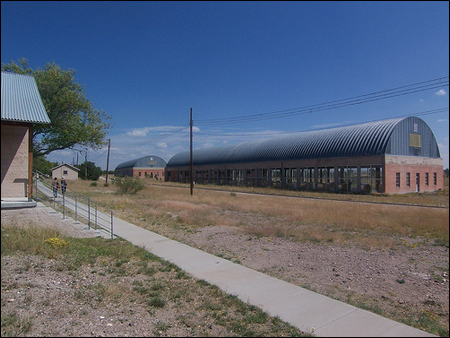 On a stretch of 340 miles near the city of Marfa, Tex., sits Fort D. A. Russell, formerly known as Camp Marfa. Established in 1911, the fort took on several roles during World War II: acting as an air base, home for the Women’s Army Corps (WAC), and a camp for German prisoners of war. Fort D. A. Russell closed in 1945, and the Corps of Engineers inherited it in 1946. Since then, most of the land has been divided and sold to local parties.

But artist Donald Judd reclaimed the fractured territory, purchasing those 340 acres of land with help from the Dia Art Foundation in the 1970s (along with his rental of a house in Marfa). Though long abandoned, Fort D. A. Russell was reincarnated as a contemporary art campus, dubbed Chinati, dedicated to permanent large-scale artistic works. One of the two renovated buildings now houses Judd’s numerous aluminum pieces. 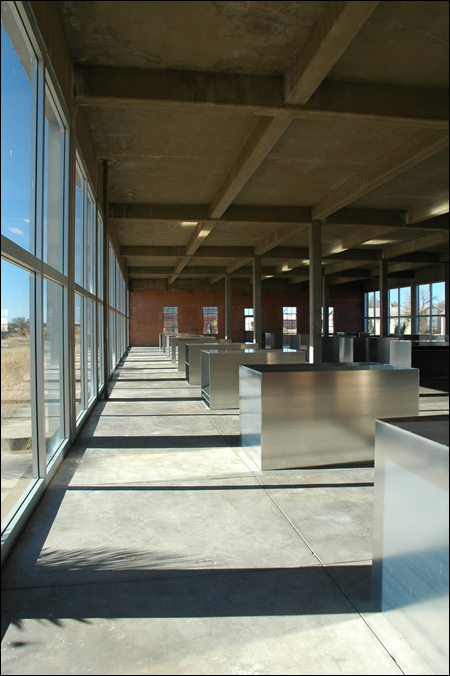 Judd placed a lot of importance on the relationship between an artistic installation and its surroundings. At Chinati, this relationship is where a work of art settles as a place of art.

Interested in Marfa, Texas, and the creative community growing and settling there? See this video by Etsy (discovered via Swissmiss).