Uranium Mining Near Grand Canyon In Position To Get Approved 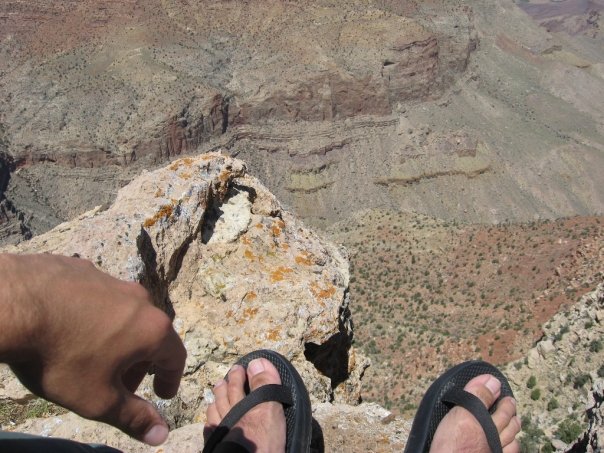 While this seems a strange statement to make (who wouldn’t support the Grand Canyon?), a particular issue comes attached. Folks like these are supporting the national park not as a vacation destination, per se, but as a place that they believe shouldn’t be mined for uranium, according to the Pew Environment Group.

The organization, along with Redford, Norton, Villaraigosa and a host of other celebrities, politicians and environmentalists, is waging a campaign to make sure President Obama extends a moratorium on uranium mining in a one-million-acre region around the Grand Canyon for 20 more years.

Uranium companies from all over the world Russia and South Korea among them staked hundreds of claims on areas adjacent to the national park that are rich in breccia pipes (the formations in which uranium resides). A Pew report cited BLM data that showed a roughly 2,000-percent increase in claims between 2005 and 2010: 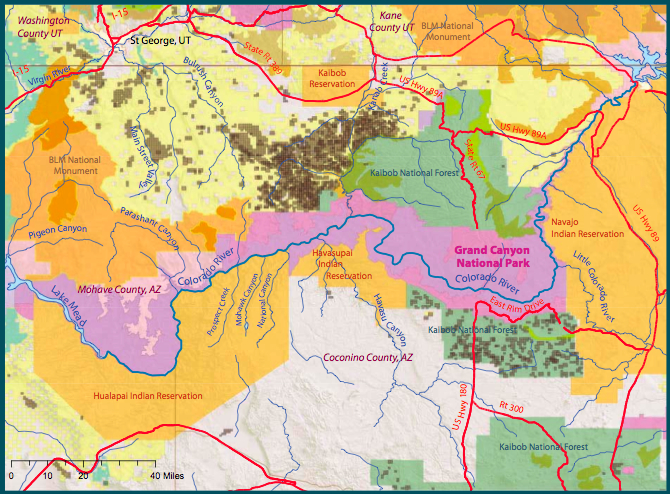 This prompted Interior Secretary Ken Salazar to put a moratorium on claim-staking in 2009 but this expires in July. The environmental lobby supports a 20-year extension on the one-million-acre area, but the ban also has a chance of being lifted entirely. Inaction could “endanger the entire process, according to Pew. The administration should make a decision this month.

The US Geological Survey (USGS) found that the area in question holds an estimated 163,000 tons of uranium oxide, from which yellowcake, i.e. enriched uranium, can be extracted, according to Solve Climate News. For context, current usage of uranium for nuclear fuel stands at 68,000 tons per year, according to the World Nuclear Association, and the US overall represents 4 percent of the world’s recoverable resources as of 2009.

Although Germany has moved to restrict nuclear power, others are stepping it up. China and India are both full steam ahead with their nuclear plant projects (although China’s are faced with a slowdown), and just recently, the Times reported that Iran has declared its intent to triple production to nuclear fuel and step up uranium “enrichment to 20 percent. The uranium price was trading at $56 late last month, and a number of analysts forecast the price to hit between $65 and $75 later this year and into 2012 according to Bloomberg.

Although Iran’s news is undoubtedly a cause for concern politically, all of the above including the significance of the impending decision on the Grand Canyon claims — proves that uranium demand is pushing exploration, in turn supporting uranium prices, which likely have much further to go: 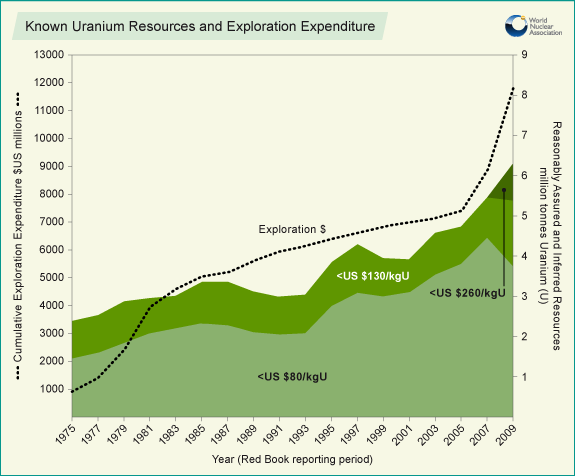 PREVIOUS POST:
The "Justification" For Wind Power
NEXT POST:
Copper Demand On Pace For 7% Growth in India