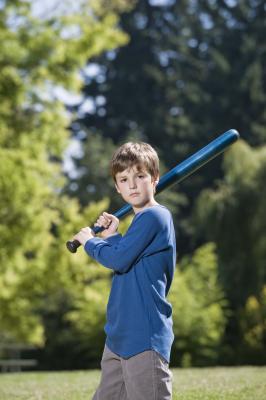 It seems like MetalMiner should have at least one piece on aluminum baseball bats in its archived vaults as a Friday Metal Appreciation post, at least but alas, that is not yet the case.

Til now, of course. (As a former Little League- and high-school baseball player, I couldn’t pass this one up.)

Although aluminum bats make up only a tiny sliver of the aluminum market worldwide using aluminum tubing it has been revolutionary in baseball since its introduction in 1970. One source cites Worth as the first company to introduce it, while another cites Louisville Slugger.

Regardless, Alcoa, the largest US aluminum producer, has been instrumental in supplying the US aluminum baseball bat market with its alloys. Wall thickness of the bat has a lot to do with the strength and durability of it; in the early days, Alcoa used alloy Cu31 (before 1996) and C405, which Worth began using in 1996, according to Livestrong.com. Most bat manufacturers continue to use C405 in their premium models. Later, Alcoa introduced C555 and the Gen1X in partnership with Louisville Slugger, both of which include a mix of scandium and a host of other metals, according to the article.

The success of these advanced alloys, however, is exactly what’s causing legislative trouble in recent years.

The bats have such a pop, that the power of the alloys and the shape of the construction causes balls to travel much faster when hit than defensive players have time to react. A ball hit off an aluminum bat struck an 11-year-old boy in the head in May 2010 in Mokena, Illinois. His parents sued the manufacturer, Easton-Bell Sports, and the lawsuit is pending.

Incidents such as these spurred several standards to be implemented in the past couple decades, such as the Batted Ball Coefficient of Restitution (BBCOR), which take much a bat’s core power away. College baseball teams have adhered to such standards, and The Federation of State High School Associations rules committee imposed a series of bans on certain types of bats as well. (Easton, well known for using the high-end alloys, is on such ban lists.)

Most recently, the state of Maryland will follow the rest of the country in banning these types of high-strength, high-power bats starting next season.

While the numbers of home runs in high school baseball may now decrease raising the ire of many MLB draft hopefuls the probability of injury will also decline.

With countless summer ball leagues in full swing as we write, that news should make many parents, coaches, fans and umpires — breathe easier.