When my wife and I decided on Iceland for our honeymoon, neither Rio Tinto nor aluminum came to mind in conjuring images of the country.

Yet lo and behold, not a handful of kilometers from Keflavik (the country’s lone international airport), a Rio Tinto Alcan plant an aluminum smelting operation greeted us on the drive along Route 41 into the capital city of Reykjavik. 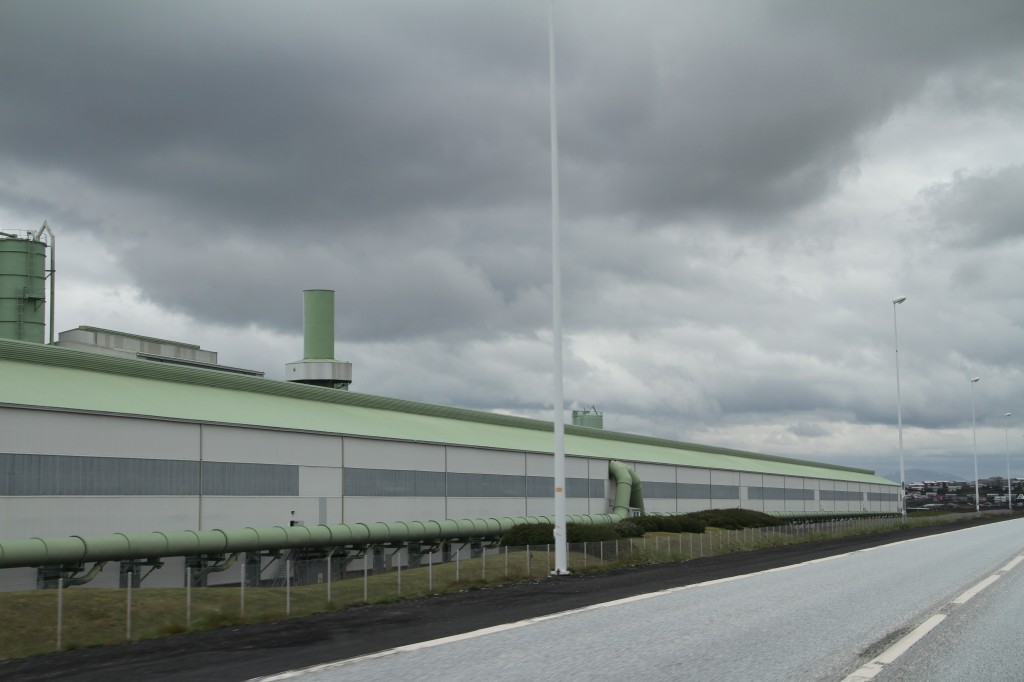 Built up along the north side of the highway, the sea-foam-green-and-beige building stretched on seemingly for miles. The green piping performed a neat optical trick from the center of the plant; exiting the structure from its midpoint and, while descending a few degrees per meter, got progressively narrower and narrower as it flared out toward the corners.

To be honest, the site of the aluminum plant was the last thing I expected to see in the land of geothermal wonders. The stark lava fields were there. Mountains loomed confidently in the background. And the “Smoky Bay Reykjavik literally means “smoky bay, as coined by its original Viking discoverer easily opened up to the primal blue North Atlantic.

Turns out, Canadian-based Rio Tinto Alcan’s local offshoot is called Alcan Iceland, which operates the smelter in Straumsvik. The company is one of the country’s largest industrial forces which is saying something, since much of Iceland’s economic activity revolves around fish and sheep and accounts for nearly 25 percent of Iceland’s exported goods, according to their website. 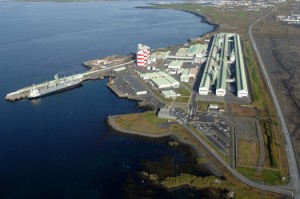 Alcan Iceland (ISAL), which built the smelter in 1969, puts out 183,000 tons of aluminum yearly and employs 450 people. Late last year, its parent company put up an investment of $150 million for a casting facility to produce “value-added billet, which brought the total announced investment in Straumsvik operations at $437 million within just a few weeks. ISAL plans to begin churning out the billet in 2012.

Of course, perhaps the biggest selling point for investing in Icelandic aluminum smelting (even though they’re importing the processed alumina from the US and Ireland) is that their operation is powered hydroelectrically. Indeed, Iceland’s reputation for cutting-edge and low-impact power production is inevitably the main reason it’s considered an environmentally friendly country.

(However, this may not be entirely the case: an article I read in the June 17 print version of the Reykjavik Grapevine while I was there described how Icelanders are actually way behind in recycling and efforts to reduce emissions are sorely lacking.)

Regardless, it’s interesting to see that Rio Tinto Alcan’s reach has made it to the northern coasts of Iceland. With continuing inflation, some of the highest prices in the developed world (Iceland’s VAT is 25 percent), and children and Ëœpensionists’ comprising two-thirds of the population, the jobs these types of operations bring may just keep the middle-aged generations afloat.